2 of 37 portraits of John William Ponsonby, 4th Earl of Bessborough 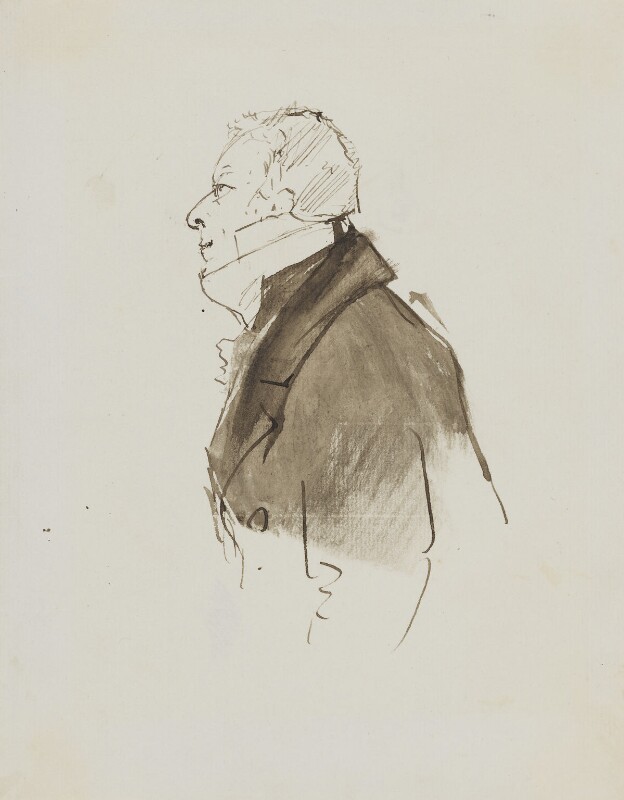 Inscribed on a strip of paper in Landseer's hand: The late Lord Besborough

Head and shoulders in profile to left.