4 of 3143 portraits matching these criteria: 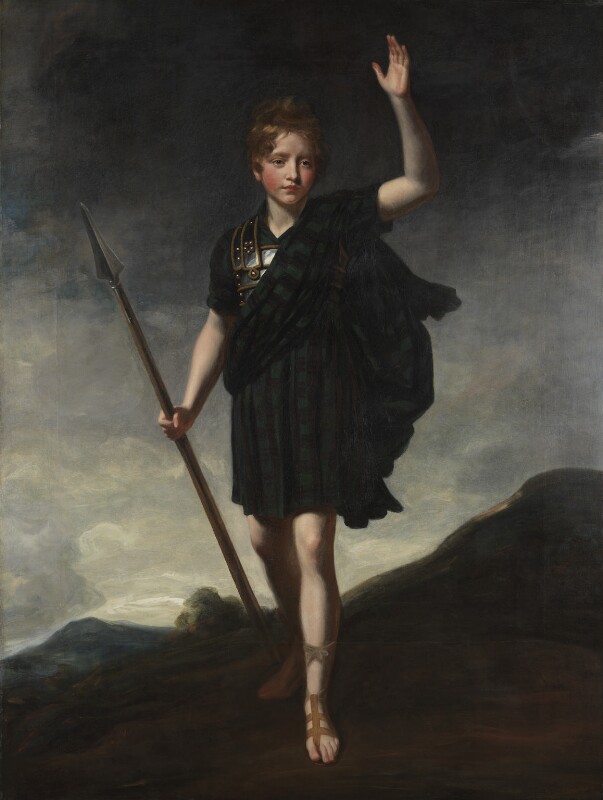 Opie's portrait and Northcote's (at Stratford-on-Avon) were commissioned by T. L. Parker whose letter to Betty's father, 13 November 1804, is in the Harvard Theatre Collection: 'I heard from Mr Northcote on Monday, and feel myself particularly obliged to you in favouring him with the first sitting. He is most sensible of the favour & hopes to ground his fame on the picture. Mr Opie is equally gratified by the honour you have allowed him on my behalf' (printed in full in Giles Playfair, The Prodigy, 1967, pp 87-8). Betty is shown in the part of Young Norval in John Home's Douglas, first played by Betty at Covent Garden 4 December 1804. Opie's portrait was finished in time for the RA exhibition 1805 though both Parker and Betty's father objected on the grounds that its exhibition would injure the sale of Heath's print. Opie refused to withdraw the picture. The RA Council could not allow its exhibition without Parker's consent. Betty's father threatened to cut it in pieces if it appeared at the RA and to sue Opie for £5000 if it were exhibited elsewhere. Rude letters passed. Townsend, the Bow Street agent, appeared with a warrant. Finally Hoppner acting as intermediary managed to cool tempers off and eventually the picture was hung at the RA - uncomfortably near Northcote's portrait of Betty as 'Hamlet' which had caused another furore by being accepted by Farington six days after the final sending-in date. The whole story is recorded in Farington's Diary 2-18 April 1805.
A slightly different version (204.5 x 129.5cm) with small variations in the background is in the Garrick Club.

Commissioned by T. L. Parker for 100 guineas and given by him to Betty himself; bequeathed by Betty's son Henry Thomas 1897 to his widow Ann Starkey Betty for her life, then in 1905 to the NPG.

Line by Heath published by W. H. Betty, Heath and Colnaghi 4 June 1807 (coloured impression in NPG). The two years' delay between the RA exhibition and the publication of the engraving is explained by the controversy recorded in detail by Farington.