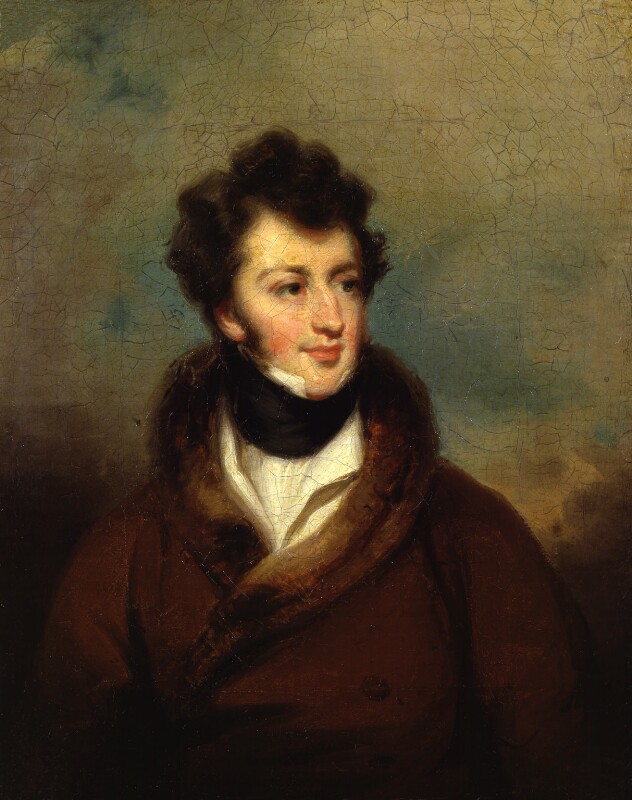 No inscription but an old paper removed from back of frame in 1936 (now in registered packet in NPG archive 617) reads: 'Sir Henry Bishop Bought 1880 of T. H. Parker. Had belonged to Mrs Ruddle in Beaufort Street Chelsea in 1867, August'.

Despite some correspondence with Bishop's second wife, Madame Anna, her brother Henry Parsons Riviere, an artist working in Rome, and their nephew Briton Riviere, no information about the portrait's provenance was forthcoming at the time of its acquisition, though a note on the original mount says 'presumed to be copied from a larger picture formerly in the possession of the family' (letters in NPG archive). The attribution to Harlow originated with T. H. Parker and is unsupported by any evidence beyond a certain stylistic resemblance and the artist's known friendliness with actors and the stage. R. L. Ormond has suggested Chinnery as a likely artist, but Chinnery was in India in 1810 and there is no record of Bishop's leaving England at this time.