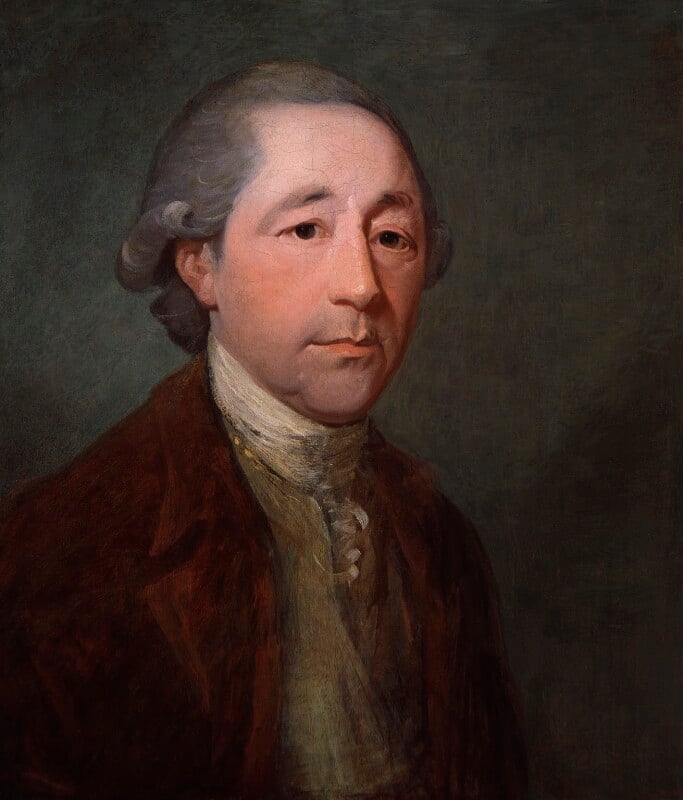 Lionel Muirhead, the historian of Boulton and Watt, described the Miss Wilkinson referred to in the provenance as one who ‘drew not at all badly’ and ‘keen on employing others who were struggling artists, & she probably either made this copy herself, or employed someone to do it for her, & this is probably the explanation of her giving it away’; he considered it likely that NPG 1532 was a copy, [1] and his judgment seems supported by the fact that it is painted on a recycled canvas.
The features closely resemble those of the half-length portrait by J. S. C. Schaak dated 1770 in the Birmingham Museum and Art Gallery and of an unattributed half-length pastel showing Boulton examining a small urn (with Sotheby’s, 1976; photograph NPG archive).

According to Robert Price, from whom it was purchased in 1909, NPG 1532 hung at Soho, the sitter’s Birmingham home, until the death of Matthew Robinson Boulton in 1836, when it was presented by his wife’s sister, Miss Wilkinson to Mr John Thomas, the Head Clerk at Soho Foundry, on whose death ‘it was presented by his widow to my Father who succeeded him in office and who was 40 years in the Firms service and it passed to me on his death in 1895’.1