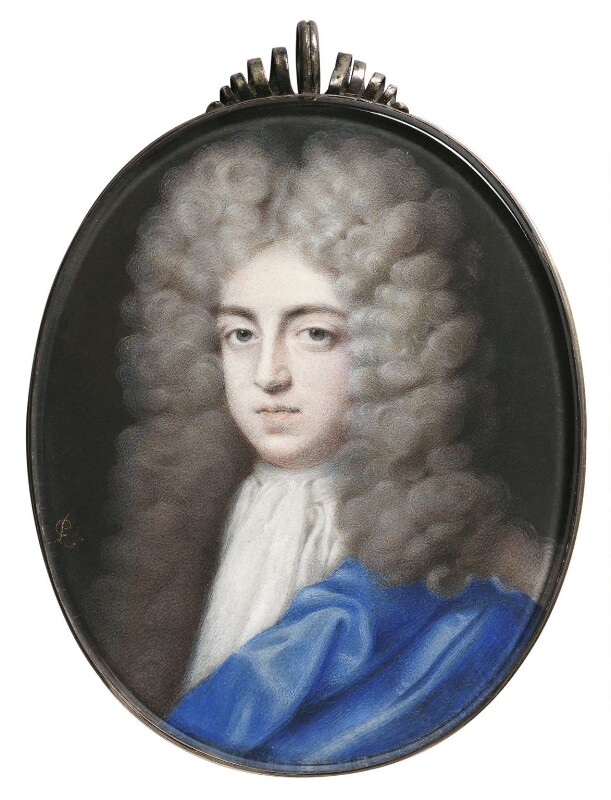 Signed in gold above his right shoulder PC (in monogram) and again in gesso on the backcard Mr Brett/May ye 31 1703/PC (monogram).

The identification might be regarded a little cautiously. It is made on the basis of the inscription Mr Brett, together with his apparent age and the date (i.e. before Henry Brett was made Colonel). No other portrait of Henry Brett is known.