4 of 280 portraits of Henry Brougham, 1st Baron Brougham and Vaux 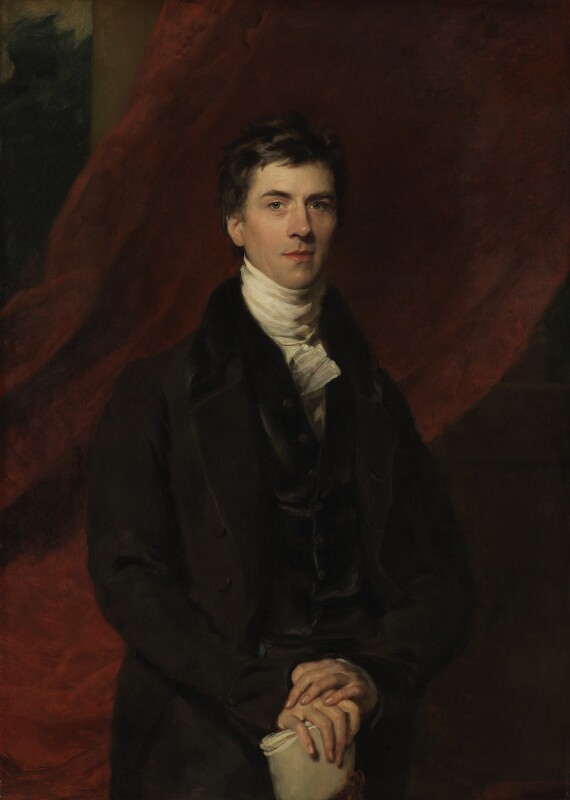 According to two letters from Lawrence to the engraver William Walker the portrait was commissioned by Walker himself and painted between July and September 1825. Lawrence decided to enlarge it and wrote from Paris where he was painting Charles X and the Dauphin, 'I am sorry for the additional trouble and time that I have occasion'd to you by enlarging the size of the Portrait, since you determine to extend that of the Engraving. The Picture however will probably be of more value and the Plate itself of more consequence. The Head I shall not touch again, nor probably the background immediately round it … The addition to its size being entirely my own Act, the price of the Picture can only be that which was at first fixed between us, viz: that of a three quarters Portrait, and not of the unusual dimensions of the present work …' (MS letter from Lawrence in NPG archive). The enlargement consisted of a 10.5cm strip of wood fitted along the top edge, the original size of the panel being Lawrence's normal three-quarter-length, 103.5 x 82.0 (40 3/4 X 32 1/4).
Walker's commission is confirmed in O'Donoghue's article on him in the Dictionary of National Biography where it is stated that Walker had a cast made of Brougham's face to ensure accuracy. This was probably the life-mask exhibited by the phrenologist George Combe in America in 1838-9 (Laurence Hutton, Portraits in Plaster, 1894, p 261). A plaster mask, formerly belonging to Joseph Parkes, was offered to the NPG by Madame Bessie Belloc in 1893. Walker appears to have sold the portrait in about 1830 to Raeburn's younger son Henry (letter in Huntington Library from Wilkie to Raeburn) who lent it to the Manchester Exhibition in 1857; shortly after this it was acquired for Clumber House, sold at Christie's in 1939 and bought for the NPG in 1943.

William Walker; Henry Raeburn junior; said to have been bought at Christie's in 1858 by the Duke of Newcastle; Earl of Lincoln (Clumber House sale) Christie's 31 March 1939 (29) bought Fine Art Society from whom bought by the NPG with help from NACF 1943.

Stipple and mezzotint private plate by William Walker November 1830 (related correspondence between Lawrence and Walker (dated July and September 1825) was bought by Maggs Bros for the NPG at Sotheby's 21 July 1965 (824) and is in the NPG archive); a small stipple by Robinson was published in Jerdan's National Portrait Gallery, 1832.