10 of 280 portraits of Henry Brougham, 1st Baron Brougham and Vaux 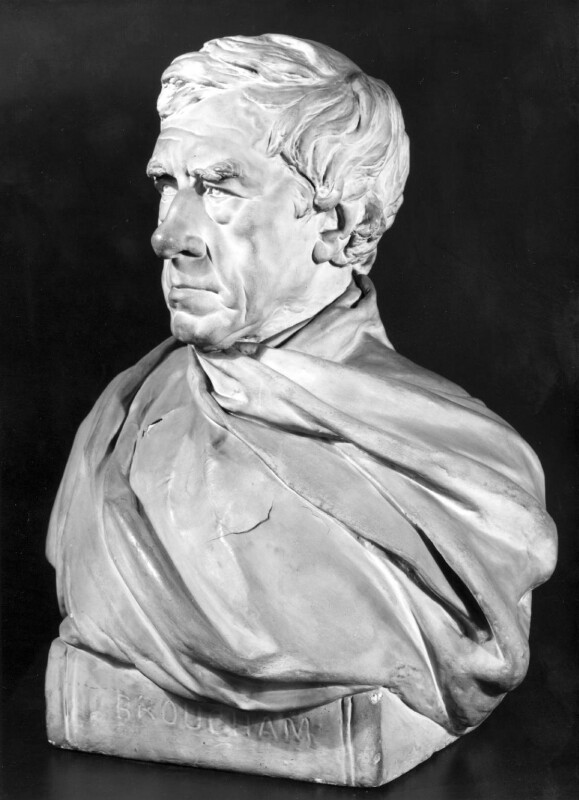 In a letter from the sculptor's widow, Jane Adams-Acton, 'four original models of his finest portrait busts - Gladstone, Beaconsfield, Brougham and Manning' were offered to the NPG in 1910 (letters November-December 1910 in NPG archive). They are described in the Trustees' minutes as 'original plaster casts from the busts modelled by J. Adams-Acton'; Brougham and Manning (NPG 1589) were unanimously accepted. For marble and bronze copies, see NPG 2004.

Head and shoulders in a Scottish plaid, aged 89.

The sculptor and given by his widow in accordance with his wish 1910.