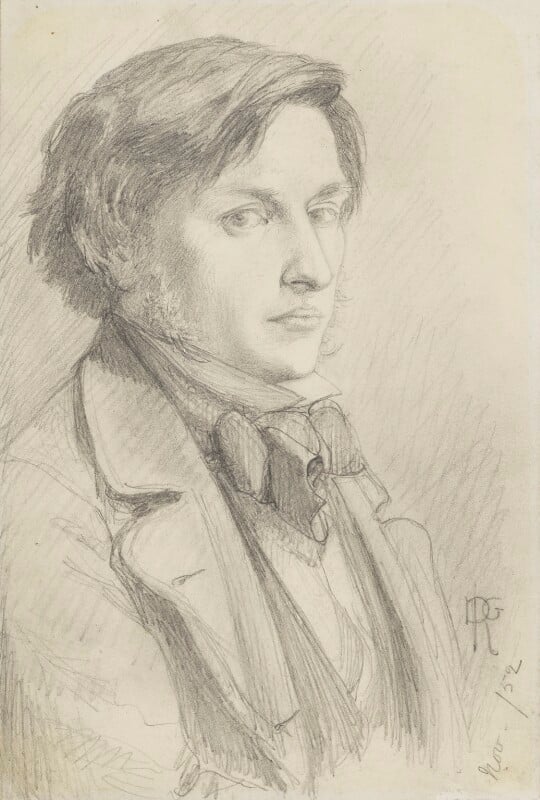 In March 1848 Dante Gabriel Rossetti, then at the Royal Academy Schools, wrote to Ford Madox Brown, his senior by seven years, asking to become his pupil. [1] Brown agreed and gave him free ‘assistance’ in his Clipstone Street studio. The arrangement did not last long and Rossetti, discouraged by Brown’s disciplinary methods, moved to William Holman Hunt’s studio in August. [2]

A few years later, in May 1851, Brown invited Rossetti to share his studio at 17 Newman Street. Their differences made it stressful – for Brown at least:

During the winter I painted the study from Emma with the head back laughing [Take your Son, Sir!] at night in Newman Street. All this while Rossetti was staying at Newman St with me – keeping me up talking till 4 A.M., painting sometimes all night making the whole place miserable and filthy, translating sonnets at breakfast working very hard & doing nothing. [3]

This second arrangement came to an end in June 1852 when Brown gave up Newman Street. In November – the date of NPG 1021 – Rossetti moved into rooms of his own at 14 Chatham Place, Blackfriars Bridge. The two artists appear to have parted on friendly terms as evidenced in Rossetti’s correspondence but, disappointingly, Rossetti makes no reference to drawing Brown’s portrait. [4]

William Michael Rossetti, presented by him to the NPG 1895.