1 of 7 portraits of Elizabeth Barrett Browning 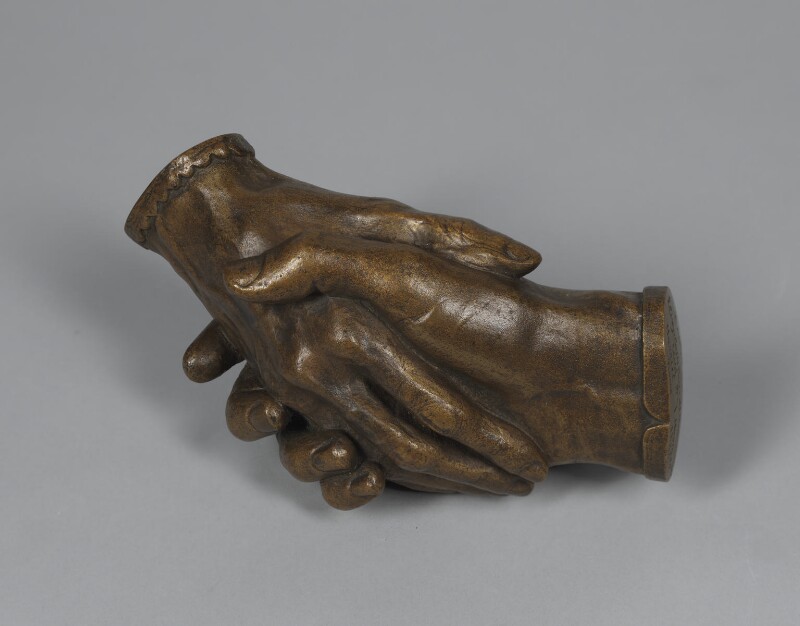 'The history of the hands is very brief. In the winter of 1853, my second winter in Rome, I made the acquaintance of Mr and Mrs Browning. I then conceived the idea of casting their hands, and asked Mrs Browning if she would consent. "Yes", she said "provided you will cast them, but I will not sit for the formatore". Consequently I did the cast myself.'
Hawthorne's Marble Faun is concerned with American artists in Rome, and it is interesting that he should mention the cast of the hands. Discussing a marble hand by a 16th century sculptor, Miriam remarks: "As good as Harriet Hosmer's clasped hands of Browning and his wife, symbolizing the individuality and heroic union of two high, poetic lives!". It is not known how large an edition of casts Harriet Hosmer produced. Cornelia Carr claimed to own the original cast (reproduced Carr, p 92); others are at Baylor and in the collection of the Countess of Iddesleigh. Harriet Hosmer was a close friend of the Brownings, who frequently mention her unconventional behaviour and appearance in their letters of this period.