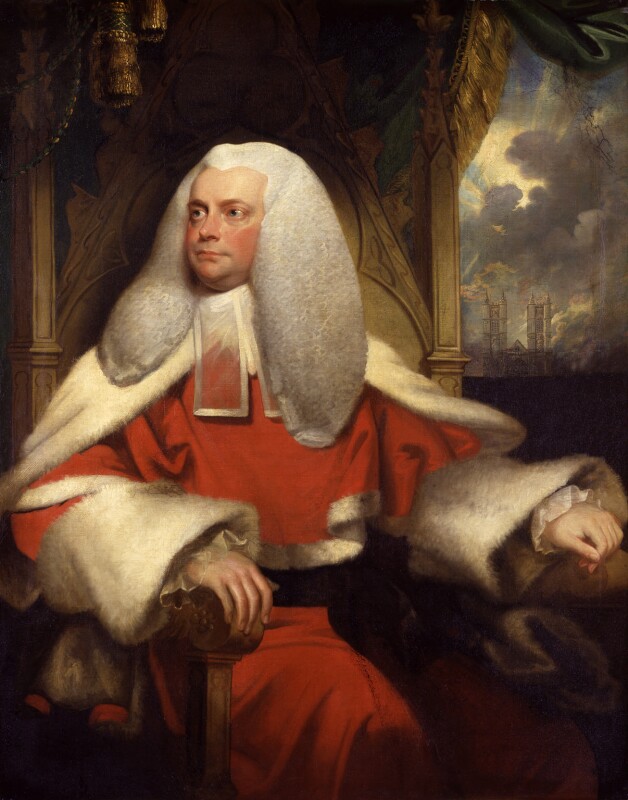 A preliminary chalk study for the head is in the Scottish National Portrait Gallery (PG 451). [1] The reversed stipple engraving by F. Bartolozzi first published in 1794 [2] differs from NPG 458 in detail: Buller sits in a plain chair, his left hand [3] rests on papers lying on a table beside an ink well, and the folds of the robes and curtain are differently disposed. A version, descended from the Buller family, shows a book in his right hand and Lincoln’s Inn instead of Westminster Abbey in the distance. [4]

Blue eyes, white wig, wearing judicial robes: red cape and gown trimmed with white fur with a black sash; he sits on a ‘Gothic’ throne, a green drape with gold tassels above him; a view of Westminster Abbey to the right.

Presented by the Society of Judges and Serjeants-at-Law 1877.1

1 Evans assumes that NPG 458 was the version exhibited.