1 of 2 portraits of William Bullock 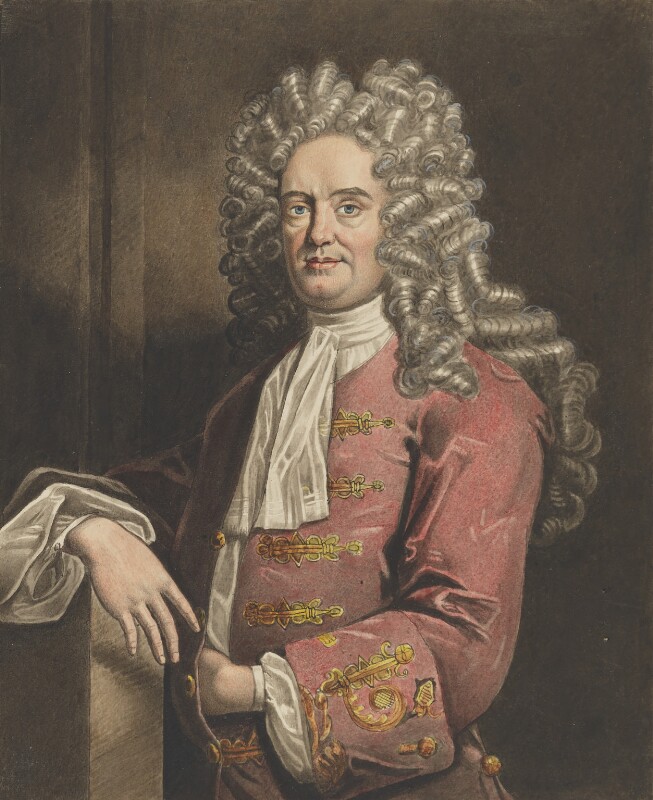 An early 19th-century copy from a portrait engraved by Thomas Johnson c.1710 as Tho. Johnson fecit et advivum pinxt. (J. Chaloner Smith, British Mezzotinto Portraits, 2). [1] No painting is known [2] and the print remains the only known likeness of Bullock.
A similar watercolour copy belongs to the Garrick Club. [3]

1) The print is very rare; an example in the British Museum. Later derivations are a stipple engraving as bust-length oval (F. O’Donoghue & H. M. Hake, Catalogue of Engraved British Portraits in the … British Museum, 2) and a copy of it by Augustus Toedteberg (Harvard Theatre Collection; illus. P. H. Highfill, K. A. Burnim & E. A. Langhans, A Biographical Dictionary of Stage Personnel in London, 1661-1800, II, p 409).
2) Of the eight mezzotints by Johnson listed by Chaloner Smith, British Mezzotinto Portraits, two others are letteredTho Johnson pinx[t] et fec[it], but no paintings by Johnson are recorded.
3) G. Ashton, ed. K. A. Burnim & A. Wilton, Pictures in the Garrick Club, 1997, no.99 as by Sylvester Harding.