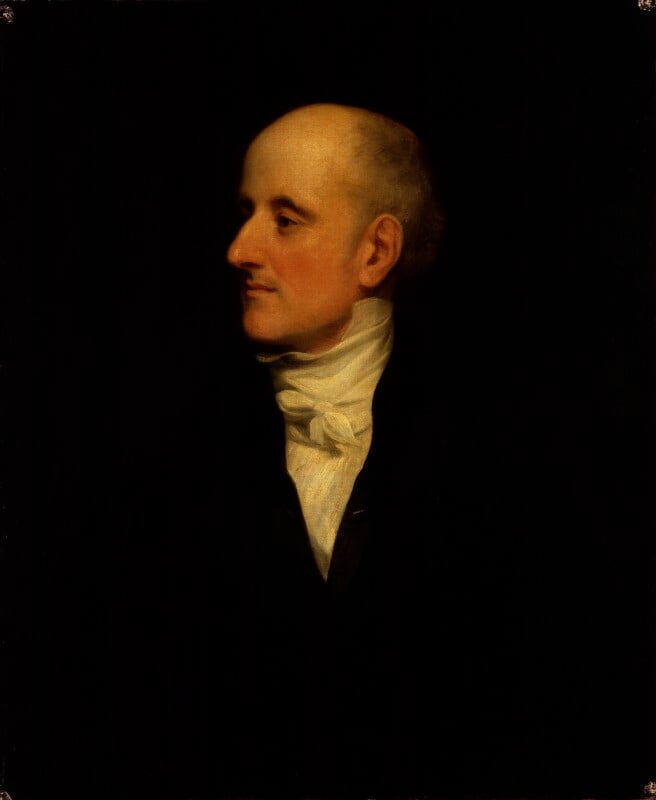 The portrait is first recorded in Phillips's Sitter Book as 'April 9 1834 Sr Francis Burdett 705 3/4 Exhibited'. According to a letter from Lady Burdett-Coutts, the sitter's daughter, it was commissioned by her cousin, Lord Dudley Coutts Stuart, a champion of Poland against Russian aggression and a keen admirer of Burdett's passion for liberty: 'I consider it a good picture and like my dear Father and it is also an original picture; indeed I may say it has never been out of the family since it was painted by Phillips for my cousin' (letter from Lady Burdett-Coutts in NPG archive). Lord Dudley died in 1854 and following a request for a portrait of her father from Lord Stanhope, then Chairman of Trustees, she presented it in 1858. In the same year it was photographed by Caldesi for a bas-relief panel on the base of the Wellington statue in Phoenix Park, Dublin, the Trustees of the monument believing 'there is no other portrait so authentic' (letter from Colonel T. A. Larcom in NPG archive).

Painted for Lord Dudley Coutts Stuart and bought at the sale of his effects 1854 by Baroness Burdett Coutts who gave it to the NPG in 1858.