3 of 3 portraits by George James Howard, 9th Earl of Carlisle 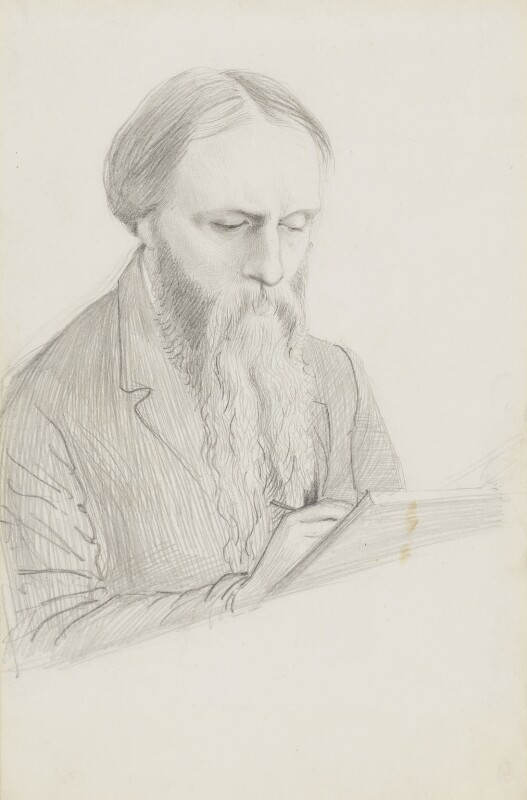 Artist and sitter met in April 1865 when the newly married George James Howard (9th Earl of Carlisle from 1889) was beginning his career and Edward Burne-Jones, aged 32, was starting to make his name. [1] It is said that Howard asked to become his pupil, Burne-Jones instead recommending Alphonse Legros, from whom in 1868–9 Howard commissioned a portrait of Burne-Jones (see ‘All known portraits, By other artists’). Later, Howard, who always regarded Burne-Jones as a mentor, became a landscape artist and associate of the Etruscan School, centred on Giovanni Costa.

Howard and Burne-Jones were close friends for many years, mixing socially, sharing studios and models, and exhibiting together at the Grosvenor and New Galleries. The Burne-Joneses encouraged Howard and his wife Rosalind, Countess of Carlisle (NPG 6206), to patronize the firm of Morris & Co., and to commission Philip Webb to design their London house, 1 Palace Green, for which Burne-Jones created mural decorations. The Howards also bought paintings from Burne-Jones, and in 1881 commissioned what would be his last, never-finished major work, The Sleep of King Arthur in Avalon (1881–98, M. de Arte de Ponce, Puerto Rico).

This portrait sketch is one of several drawn by Howard in the 1870s (see ‘All known portraits, By other artists, c.1870s, 1874, 1875’); it shows the sitter with the long beard he wore at that date, visible in photographs taken during his visit to Howard’s Cumbrian home Naworth Castle in August 1874 (see ‘All known portraits’) and in characteristic pose with pencil and sketchbook. But although similar in treatment to the drawings done at Naworth, it appears to date from a different occasion, perhaps on a visit to Burne-Jones’s home, or when the two men met up in Venice in April 1873. [2]

The drawing was formerly in the collection of William Rothenstein, who acted with Burne-Jones, Howard and George Frederic Watts to purchase work by Legros for the Tate Gallery in 1895, and was acquainted with Howard’s son Geoffrey. [3]

Half-length to right, seated, looking down at pencil and sketchbook.

William Rothenstein; his daughter Rachel Ward from whom purchased 1979.