2 of 24 portraits of Sir Edward Burne-Jones 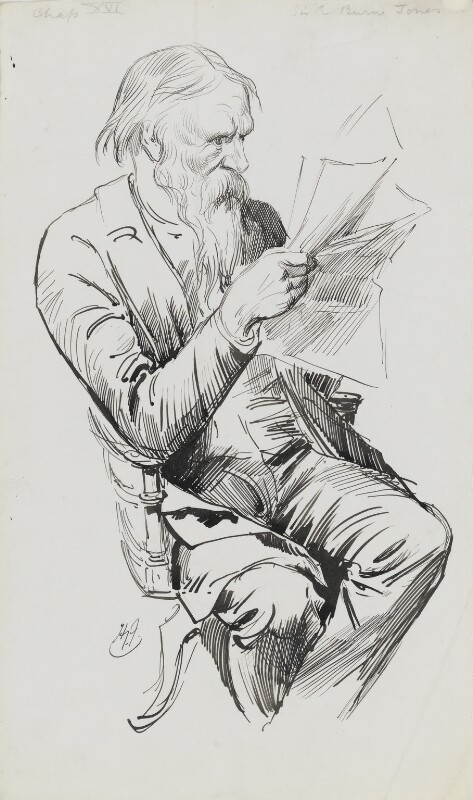 The artist Harry Furniss was a noted caricaturist and illustrator for Punch and other magazines. In his memoirs Furniss observed that the general public laughed at Burne-Jones’s works and their creator, who ‘wore his hair long’.[1] Although this volume contains a caricature of Burne-Jones in a contorted posture (see ‘All known portraits, By other artists, Posthumous portraits, 1904’) it does not seem that artist and sitter were well acquainted. Nevertheless the present sketch is a confident and accomplished work, apparently sketched from life and possibly drawn at a club or semi-public gathering; this would indicate a date before about 1895, when Burne-Jones’s health declined. The inscription ‘Chap XVI’ may relate to unrealized reproduction in one of Furniss’s books.[2]