1 of 24 portraits of Gilbert Burnet 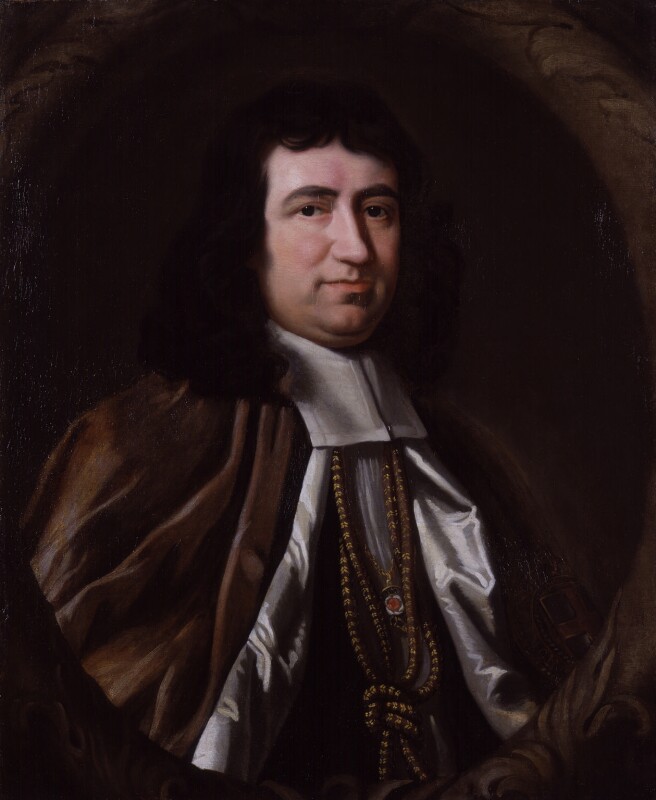 As Bishop of Salisbury Burnet became chancellor of the Order of the Garter in April 1689 and he is shown here wearing the robes of that office. NPG 159 is copied from the three-quarter-length Riley pattern (which includes the chancellor’s Purse to the right) engraved in 1690. The original, which was bequeathed by the sitter to his son, remains unidentified among several surviving versions: [1]
a) Tyninghame (on loan to the Scottish NPG)
b) formerly with the Baronets Burnet of Leys
c) Marischal College, Aberdeen [2]
d) Eastnor Castle
e) Salisbury Cathedral School
f) with D. Minlore 1936
g) Sotheby’s, 18 June 1952, lot 133
A drawing by John Smith, possibly preparatory for his half-length oval engraving of 1690 (J. Chaloner Smith, British Mezzotinto Portraits, 29), is in the British Museum (5227-47); [3] a similar drawing by Jonathan Richardson is in the Huntington Art Collections, San Marino CA, [4] and a pen and ink copy by Edward Byng of a close version is in the British Museum.

1 Colnaghi had bought 22 portraits from ‘an old lady’ for £200; ‘Sir Richard Philips owd her £800 & the Pictures were left as security for the money which was never paid’ (note from George Barker, 28 March 1863; NPG archive). The NPG purchased four of these portraits, see Steele NPG 160 in this catalogue, and Chesterfield NPG 158 and Richardson NPG 161 in J. Kerslake, National Portrait Gallery, Early Georgian Portraits, 1977, pp 40-41, 231-32; Kerslake identified Phillips as the radical publisher.