1 of 10 portraits of Charles Burney 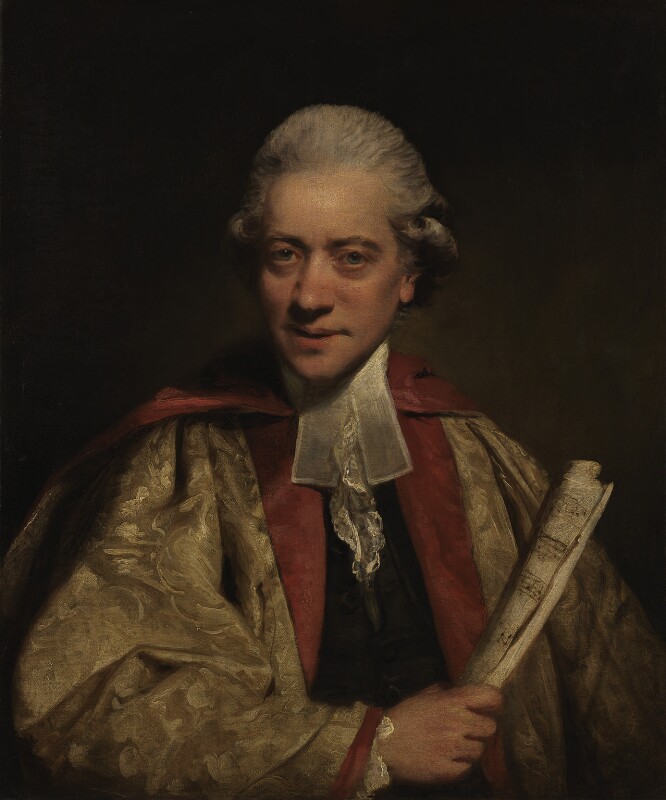 NPG 3884 was the last of the series of portraits commissioned from Reynolds by Henry Thrale for his library at Streatham; it filled ‘the last chasm in the chain of Streatham worthies’ and hung between portraits of Baretti and Burke. [1] Within two months of its completion Thrale had died.
On 4 January 1781 Mrs Thrale wrote that her husband had ordered Burney ‘to sit tomorrow’ and, she added, ‘I shall have the dear Doctor every morning at breakfast. I took ridiculous pains to tutor him to-day, and to insist ... on his forbearing to write or read late this evening, that my picture might not have blood-shot eyes’. [2] On 11 February she wrote that Burney ‘sits for his picture in the Doctor of music’s gown; and Bartolozzi makes an engraving from it to place at the head of the book [the second volume of Burney’s History of Music]. Sir Joshua delights in the portrait, and says ‘twill be the best among [the Library set]’. [3] On 25 February Burney confirmed to his son ‘I have lately sate for my Picture to Sr Jos. Reynolds, for my Friend Mr Thrale (for wch he has 50 Gs)’. [4] It was well received at the Royal Academy and appears to have been criticised only by John Joseph Merlin (from motives of jealousy concerning his own portrait by Gainsborough) [5] and by Samuel Johnson (who grumbled ‘we want to see Burney & he never comes to us in that dress’). [6] Bartolozzi’s plate was subsequently admired, although Burney’s friend Thomas Twining found ‘some unlikeness mixed with it; & it is, I think, principally about the nose’. [7]
Burney also told his son (25 February) that ‘Coz. Ned’ [E. F. Burney] was then ‘making two Copies of my picture, (wch every body says is very like...), one for Padre Martini at Bologna, who has many years been desiring to have my Picture, & another for the Music School at Oxford, at the request of Dr Hayes ...’. [8] Martini’s copy remains in the Civico Museo, Bibliografico Musicale, Bologna, [9] and the Oxford portrait is now in the Ashmolean Museum, Oxford; a third copy by E. F. Burney is in the Yale University Library (Osborn collection), [10] and an unattributed miniature copy on copper remains with family descendants. [11]
A drawing in black and red crayon, the same size as Bartolozzi’s 1784 engraving after NPG 3884, plausibly inscribed in a later hand Drawn by Bartolozzi after Sir J Reynolds, is in the NPG reference collection. [12] Bartolozzi’s plate was used as the frontispiece for some copies of the first volume of Burney’s General History of Music originally published in 1779. [13]

Blue eyes, powdered hair, wearing the Oxford Doctor of Music gown of cream damask with red hood and facings, over a black suit.

Commissioned by Henry Thrale for his library at Streatham; Mrs Piozzi sale, Squibb, 10 May 1816, lot 66, bought Charles Burney, the sitter’s son; by descent to J. C. Burney-Cumming, from whom purchased 1953.