2 of 37 portraits of Lord Byron 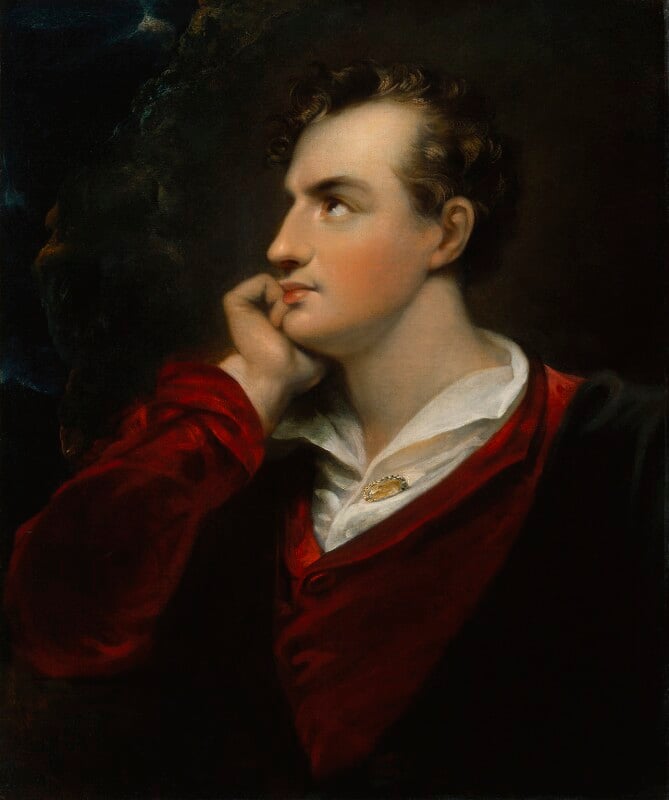 Dallas, who knew Byron well, believed all his portraits to be full of faults and said: 'the picture of Byron by Westall is superior to the others, but does not come up to the original. As for the copies and engravings which have been taken from these pictures and circulated, they are all exaggerated and deserve the appellation of caricatures' (R. C. Dallas, Recollections quoted by Contessa Guiccioli) .
Sir David Piper, under whose directorship of the NPG Westall's original portrait was acquired, describes that as 'the sober one', and of NPG 1047 he declares 'it shows, fairly repulsively, the process of apotheosis under way. As if the original were not Byronic enough, the eyes have dilated and are cast heavenwards whence inspiration - but surely not for Byron - traditionally
comes, while the already darkly craggy background swirls into undefined mist that seems Ossianic rather than Byronic' (Sir David Piper, The Image of the Poet, 1982, pp 133-4).

Half-length seated in profile to left as in NPG 4243 except for the eye which gazes upwards.