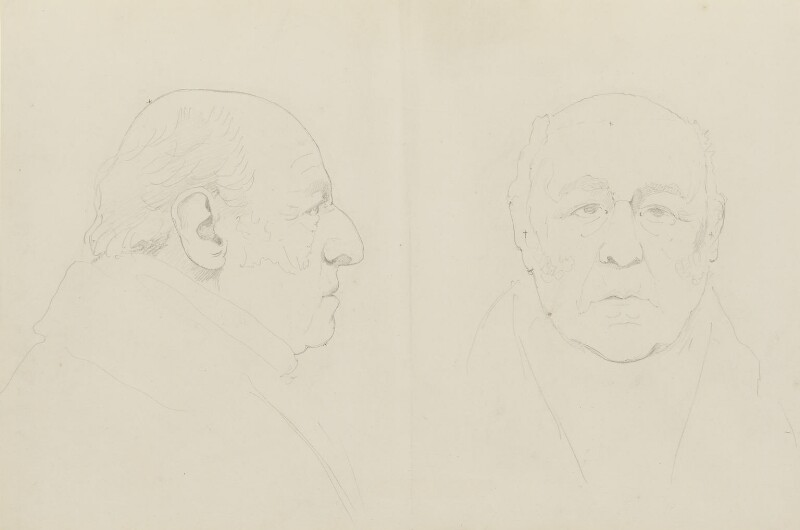 Inscribed on a separate piece of paper: The Marquess Camden - June 1830.

The drawing follows an order from Charles Turner of Rooks Nest, dated 18 May 1829, for a bust for Trinity House of which Lord Camden was Master from 1809 to 1837. The plaster model is Ashmolean Museum (532/20) and the marble bust was delivered with its pedestal and fixed in Trinity House 10 May 1832; it was destroyed by enemy action in 1941. A second bust was commissioned by his son Lord Brecknock for Bayham Abbey and is now NPG 5241 (Sir Francis Chantrey’s Ledgers of Accounts, pp 225 and 252).

Two heads, one in profile to right, the other full-face.