6 of 93 portraits by William Salter 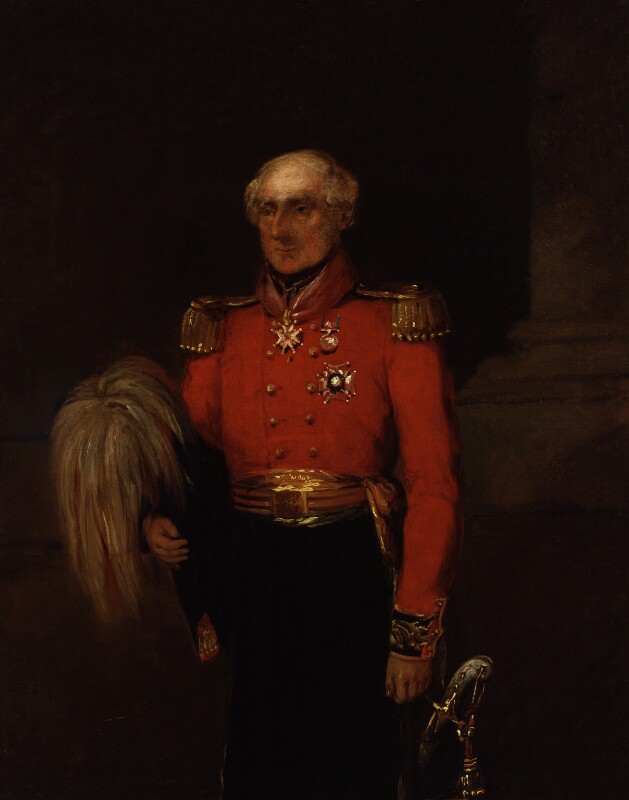 Three-quarter-length standing in lieutenant-general's uniform, plumed hat in right hand, Badge and Star of the Bath and Waterloo Medal.