2 of 20 portraits of Thomas Campbell 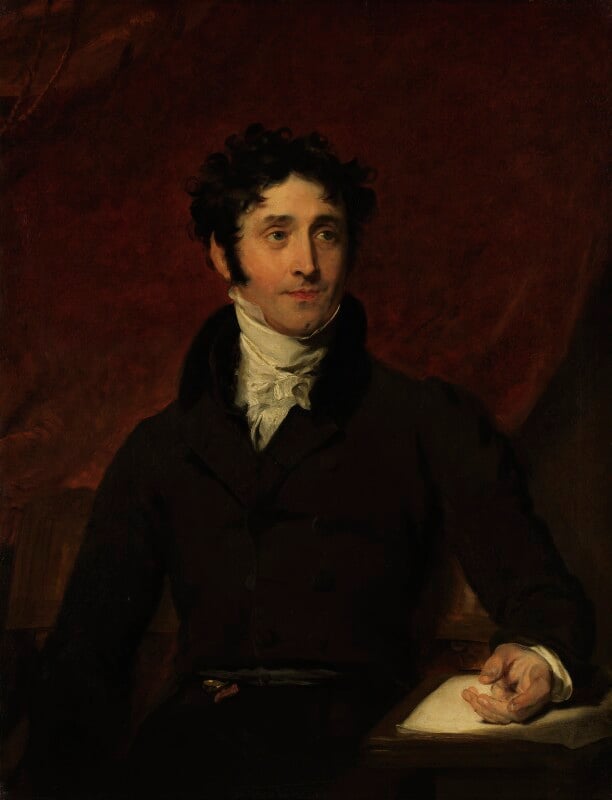 Campbell and Lawrence first met in October 1808 at Wynell Mayow's house in Sydenham and Lawrence's portrait was commissioned shortly afterwards, according to a cutting from a printed catalogue (probably of Thompson's sale of effects) pasted on the reverse of the strainer: Sir Thomas Lawrence/163. The original Portrait of Thomas Campbell The eminent Poet * * This interesting portrait was painted expressly for the late Mr Thompson. The canvas was stamped with the maker's name: T. Brown High Holborn, LINEN//333/16/10. Both cutting and stamp have disappeared but they are confirmed in a letter from Campbell's nephew Alexander dated 8 May 1876 to Scharf (NPG archive). Campbell's letter to 'dear F.' thanking him for making the arrangements with Lawrence is dated 26 January 1811 (William Beattie, Life and Letters of Thomas Campbell, 1849, II, p 200). Lawrence's preliminary drawing is in the Scottish NPG and appeared as an engraving by S. Freeman for The Monthly Mirror, May 1809 and again in December 1812 in Cadell's Contemporary Portraits. In Lawrence's oil, NPG 198, Campbell appears to be at least ten years older than in the drawing. He may even be wearing a wig. According to Beattie 'his wigs were always nicely adjusted and scarcely distinguishable from natural hair' (William Beattie, Life and Letters of Thomas Campbell, 1849, III, p 415). His age appears to be about 40 and Lawrence may have painted him c.1815-20. The first engraving of it was used as frontispiece to the Poetical Works, 1828.
Copies: (1) belonging to Henry Colburn, Campbell's London publisher, and later to Campbell's nephew Archibald (letters from Alexander Campbell and the Duke of Buccleuch in registered packet in NPG archive 198). (2) said to have been painted for Mr Boyd, Campbell's Edinburgh publishers, and sold Sotheby's (Charles Stodart) 27 June 1951 (63). (3) Christie's 17 May 1927 (144) and American Art Association, New York (Simon sale) 4 April 1929 (78), wearing olive green coat and on both occasions attributed to G. H. Harlow.

Commissioned by James Thompson of Clitheroe c.1809 and his sale c.1865; Duke of Buccleuch who gave it to the NPG in June 1865 'as a donation from me to the collection of National Portraits'.

Exhibition of National Portraits, South Kensington, 1868 (284) lent by the NPG.