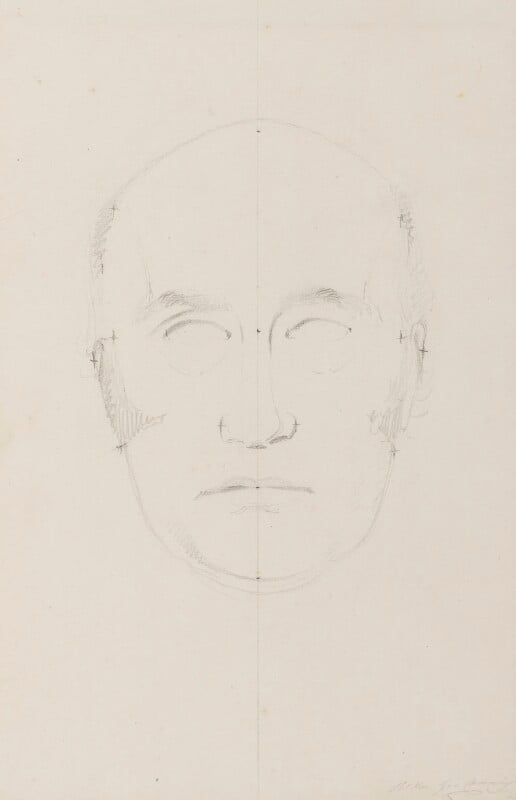 Full-face, bald head with fuzz above ears, a guide line down centre of page. For further details see under the marble bust NPG 282.