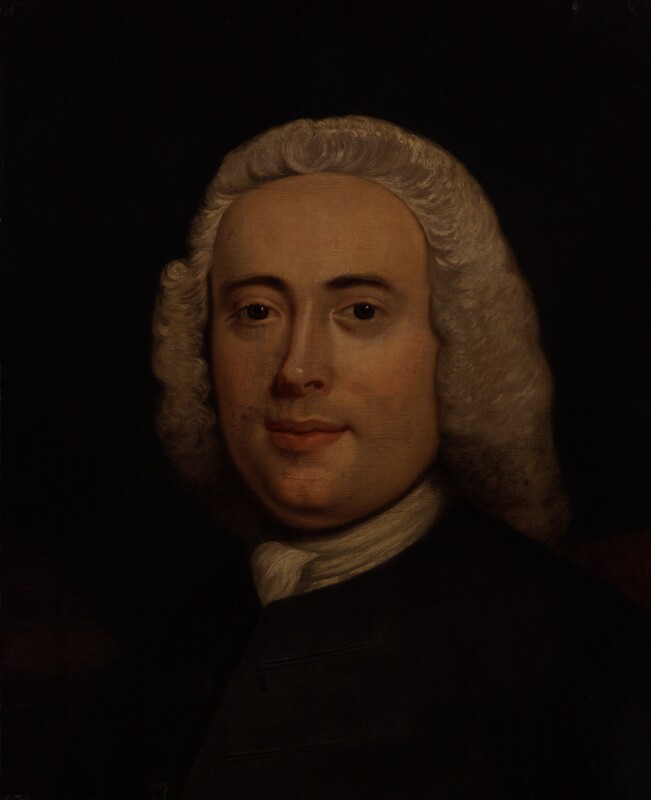 NPG 809 is only a head. The picture, according to Robert Canton, great-grandson of the sitter and donor of the picture, 'was originally full length, sitting in a chair with legs crossed and surrounded by mathematical instruments I think'. The son William, it seems, had inherited the portrait and 'spent his life travelling about, and at first carried it with him in the frame. Ultimately the frame was abolished and finally the head cut out of the canvas, in which state it descended from my father to me.' [1]
No other version is known apart from the picture sketched by Scharf in 1869 [2] at Alfred Canton's, [3] a dentist, 17 Great Marlborough Street. This was in a black painted oval; no books are shown, and it is almost certainly not NPG 809. James Yates, the antiquary, who collected information for a life of John Canton, suggested to the donor in 1871 that it was 'probably painted for some Club', perhaps Batson's Coffee House, or the Queen's Arms, Newgate Street to which the sitter may have belonged. [4] This has not been substantiated. Nor is there any mention of the portrait in the Canton papers at the Royal Society, of which the sitter was three times president.

Ultra-violet light reveals many retouchings in the face; surface cleaned 1895; relined, polished and varnished, 1896; it is not known precisely when it was cut down.