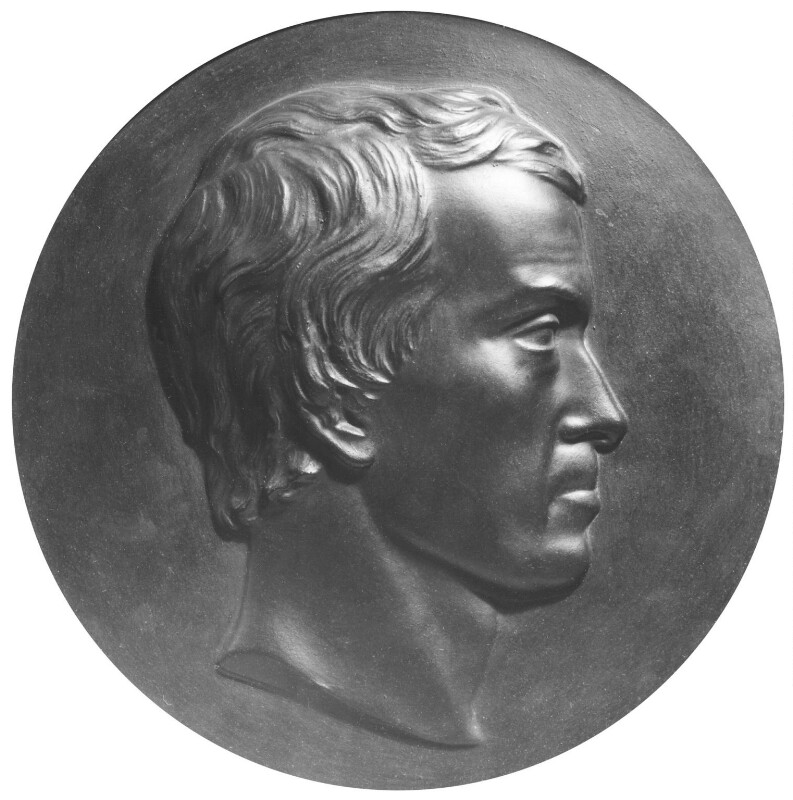 This medallion was specially cast for Sir James Caw to be presented to the NPG. The cast was taken from the medallion in the Scottish NPG, also presented by Sir James Caw, which was one of an original edition of plaster casts. In the past this medallion has erroneously been dated 1851. It is known that Woolner executed a medallion in that year, [1] exhibited RA, 1852 (1396), but in 1855 he produced a new version, because he was dissatisfied with his first effort. It is clear that this new medallion was a reworking of the old one, and not based on a new sitting from the life, as Carlyle is still shown without a beard, whereas, by 1854, he had in fact grown one. A bronze cast of the medallion at Carlyle's House, identical with the Scottish NPG plaster cast, is inscribed with the date 1855; so is the medallion reproduced Magazine of Art (1900), p 225 (this is not the NPG medallion, although illustrating a discussion about it). Woolner exhibited a bronze medallion RA, 1857 (1368), and another medallion or bust RA, 1856 (1370). A much cruder medallion of Carlyle by Woolner, an example of which is at the Mary Mellish Archibald Memorial Library, Mount Allison University, New Brunswick, probably represents the 1851 version. [2] A medallion at Carlyle's birthplace, Ecclefechan, Scotland, is said to be the 1851 type.
In 1865 Woolner modelled a plaster bust of Carlyle [3] (examples in the Philosophical Institute, Edinburgh, and the Observatory, Maxwelltown), which he executed in marble the following year, presumably that exhibited RA, 1868 (1007). This marble bust is now in the University Library, Edinburgh.