4 of 689 portraits by Sir Thomas Lawrence 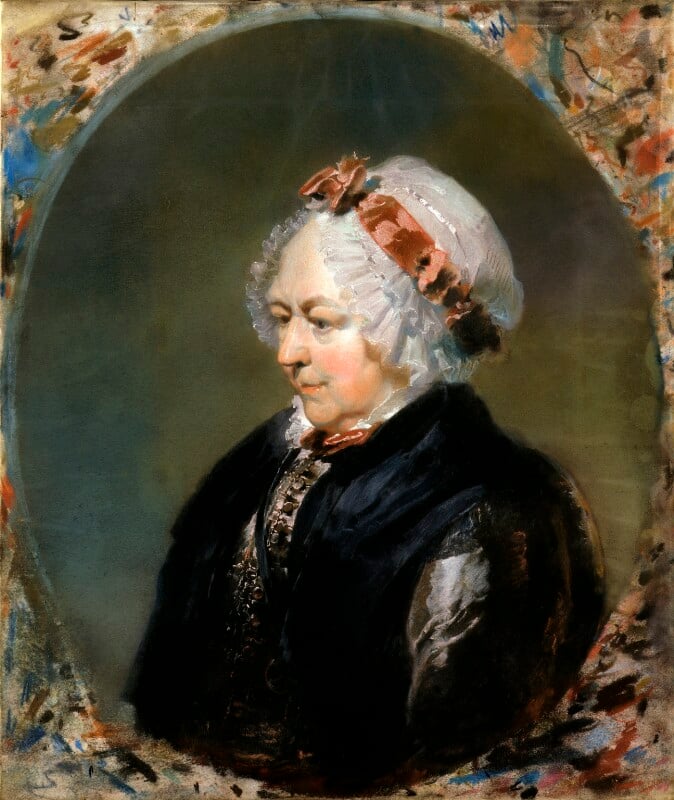 An ivory medallion copy by C. H. Geerts of Louvain is in Deal Town Hall, presented by Mrs Hannah Carter Smith (who latterly lived in Malines) in 1854 (it is set as a cover for a volume of six letters from Mrs Carter to Miss Highmore, with a covering letter describing Geerts’s work).

Drawn for Mrs Bowdler of Bath, by whom bequeathed to Mrs Hannah Carter Smith (the sitter’s niece, latterly of Malines), from whom purchased, through William Twopeny, 1858.1

1 Mrs Smith to Lord Stanhope, Malines, 7 January 1858, supplies this provenance (NPG archive), and see the inscription originally on the verso, quoted above. Mrs Smith (b. c.1788) was the younger daughter of John Carter, the sitter’s brother.

1 'A Portrait of a Lady' identified by Graves as Elizabeth Carter.