7 of 93 portraits by William Salter 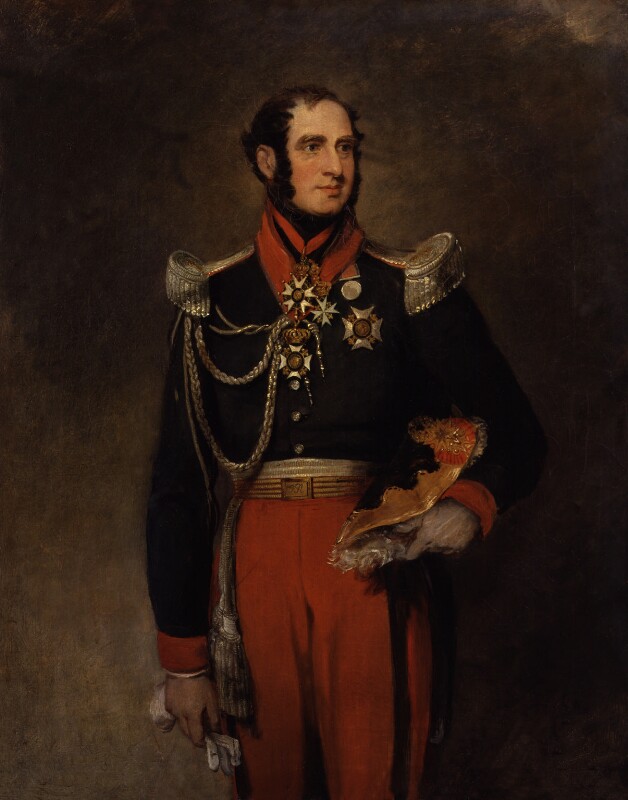 Three-quarter-length in Neapolitan army uniform, belt with FR (Ferdinand Rex) in monogram on buckle, Waterloo Medal, Star of Francis I (Two Sicilies) and Badges of the Order of Malta and the Legion of Honour; black hair, blue eyes, rubicund complexion.