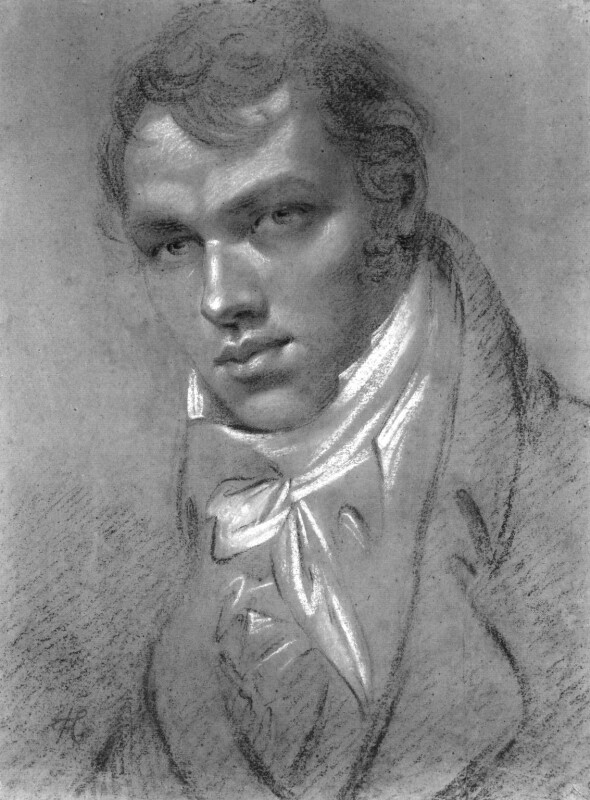 The history of this drawing was given by the donor on acquisition. Overend's father had known the young Chantrey before he left Sheffield and had helped to finance his studies there. 'Shortly after Chantrey had settled in London, he sent to my father a drawing in chalk of himself, which he wished my father to receive as an acknowledgement by him of the kindness he had received from my father. Since that time the drawing has never been out of my family' (letter dated 7 November 1881 in NPG archive).

Half-length aged about 21, hair curly and abundant with short whiskers, coat and collar worn rather high at the back, white cravat loosely tied in a large bow.

Hall Overend of Sheffield and given by his son William Overend QC in 1882.