20 of 5073 portraits matching these criteria: 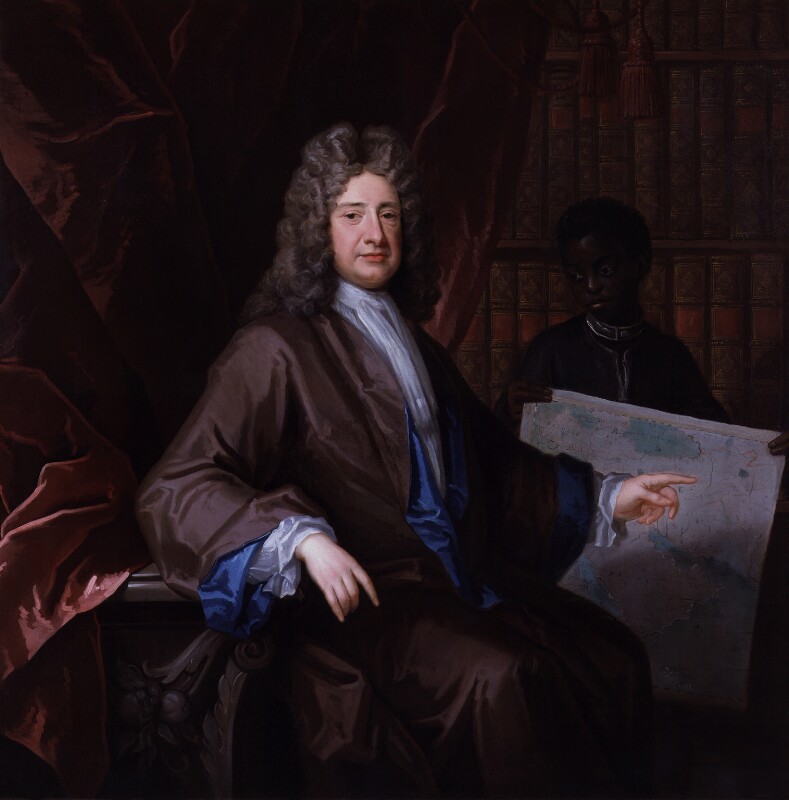 Chardin points to Persia on a map of the Levant held up by his black servant; the names of [P]ERSI[A], ANATOLIA, ARABIAN and MARE DELLA CASPITUM remain legible. [1] The sitter was identified by Malcolm Rogers on comparison with the coarser version presented by the sitter’s son, Sir John Chardin Bt., in 1746 to the Ashmolean Museum (A17), [2] inscribed Anno 1711/AEtatis 68 and possibly painted expressly for presentation. NPG 5161, a superior painting and evidently by a different hand, may have been the original portrait. The inscription on the Oxford portrait may indicate the date.

1) This map does not relate to that in the 1686 edition of Chardin’s Travels.
2) Complete Illus. Cat., 2004, p 29. Mrs R. L. Poole, Catalogue of Portraits in the possession of the University, Colleges, City and County of Oxford, I, p 186, no.453 as attributed to Bartholomew Dandridge; in an ornate frame; currently on loan to the Museum of the History of Science, Oxford.

Grenville family (possibly from Stowe); Mme Anne Dirkse-van-Schalkwyk;1 Christie’s, 30 September 1977, lot 132 as ‘Portrait of a Gentleman possibly of the Grenville family, by Dahl’, bought Leggatt for the NPG.