2 of 49 portraits of Princess Charlotte Augusta of Wales 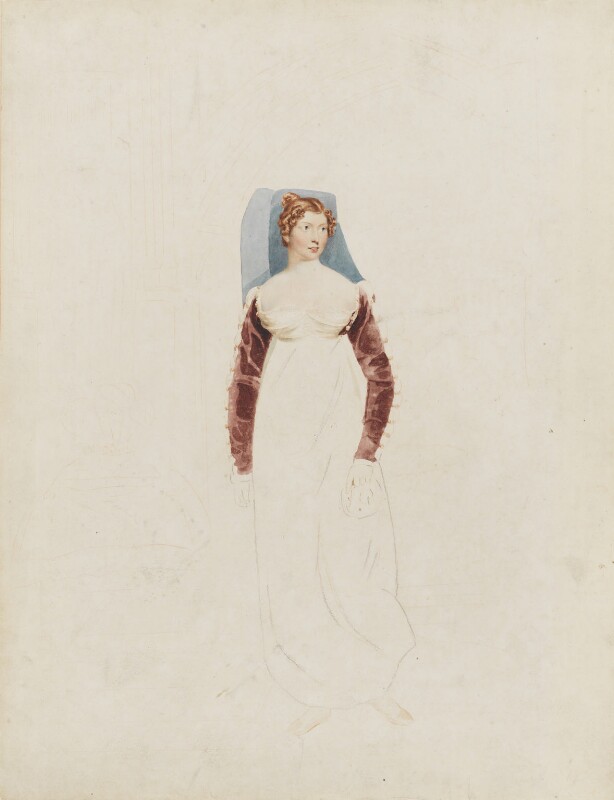 The drawing seems to be a preliminary study for a similar sized watercolour drawing at Badminton where the Princess is shown whole-length standing in an imaginary Gothic doorway overlooking Windsor Castle, the Coronation Chair on the right, a coronet with Prince of Wales feathers on a cushion left; the doorway, possibly intended to represent Westminster Abbey, is flanked with statues of Saxon or medieval kings similar to those in Westminster Hall. The Coronation Chair is no doubt intended to reflect the Princess's anticipated career as Queen of England.