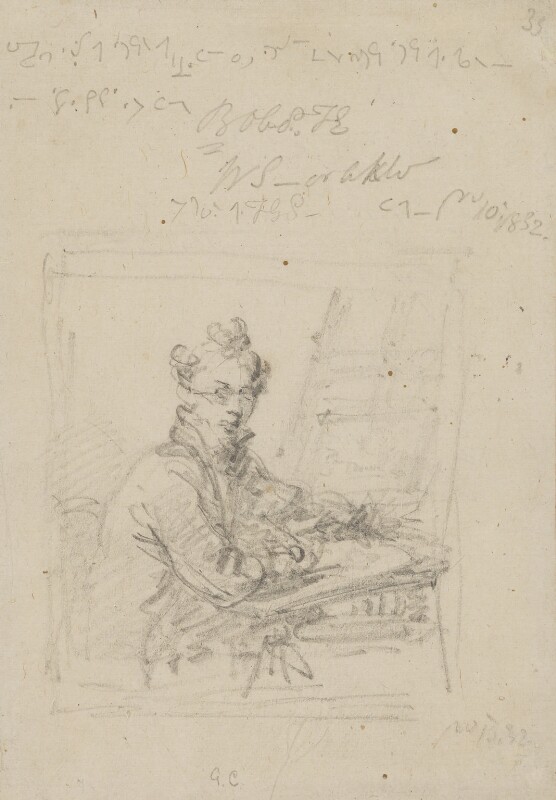 Inscribed at the top of the drawing are various notes in shorthand, various initials and numbers in longhand (which also appear on the reverse), and the date 1832. This is repeated bottom right. The last line reads: Canton April 10. 18321

1 The shorthand system used is Gurney's. Thomas Gurney's Brachygraphy (1750) contains a reference to 'William Chinnery, Junior, Writing-master and Accomptant, in Gough Square, who, for his own private Use has wrote in this Method the Book of Psalms, and the New Testament'. William Chinnery was the grandfather of George Chinnery. This information was kindly communicated by W. J. Carlton of Andover; see also Notes and Queries, CXCIX (May 1954), 214. F. H. Higgenbottam of the Royal Museum, Canterbury, has partly deciphered the shorthand on the NPG drawing which refers to Chinnery's landscapes: 'mine have their perfect effect by being done on a grey stage of this kind. This followed by FGS'.

This drawing was taken out of a scrapbook of Chinnery drawings then in the possession of Mr Seton; this may have been the scrapbook sold Sotheby's, 3 June 1959 (lot 4), bought Appleby.