1 of 8 portraits of Colley Cibber 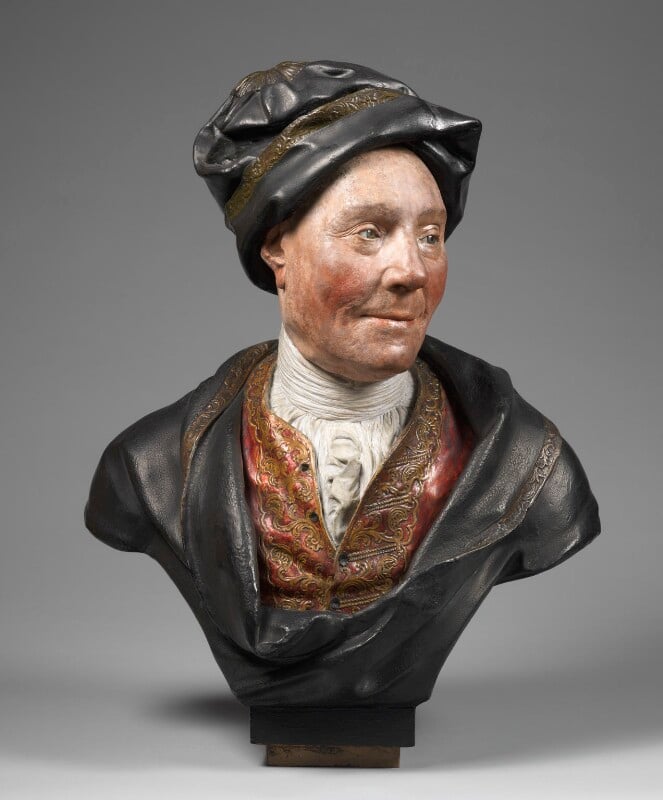 Mrs Esdaile noted Roubiliac's apparent use of this illusionistic style on at least one other occasion, namely the bust of Isaac Ware, engraved by J. T. Smith, [1] and so ascribed NPG 1045 to this sculptor. However, since the discovery in 1955 of a marble (uncoloured) version of the Ware bust, her reading of the engraving would seem invalidated. Furthermore, J. G. V. Mallet has lately suggested analogies with the Cheere workshop: [2] Sir Henry Cheere (1703-81), contractor and sculptor, and John (d. 1787) who was in the plaster trade. [3] The handling of the shoulders and drapery in NPG 1045, for instance, may be compared with the busts of Prior and Congreve from Kirkleatham, now in the Castle Museum, York. [4] If the work were indeed by Roubiliac, Walpole would surely have made some reference to it; in the case of the Cheeres, this would be less likely. The sitter's appearance suggests an age near seventy.

Losses in the original paint touched in, presumably before acquisition in 1896; traces of damage to plaster in cap, drapery and left cheek. [1]

Bought, 1896, from Mrs A. Wells; from the collection of the sitter and subsequently, Horace Walpole, a 'Bust of Colley Cibber, poet-laureat, in a cap, when old, coloured from the life, and extremely like. He gave it to Mrs. Clive, the celebrated actress; and her brother Mr. Raftor gave it, after her death, to Mr. Walpole'; [1] Strawberry Hill sale, George Robins, 13 May 1842 (17th day), lot 106; subsequently in the collection of Mr and Mrs Wells.