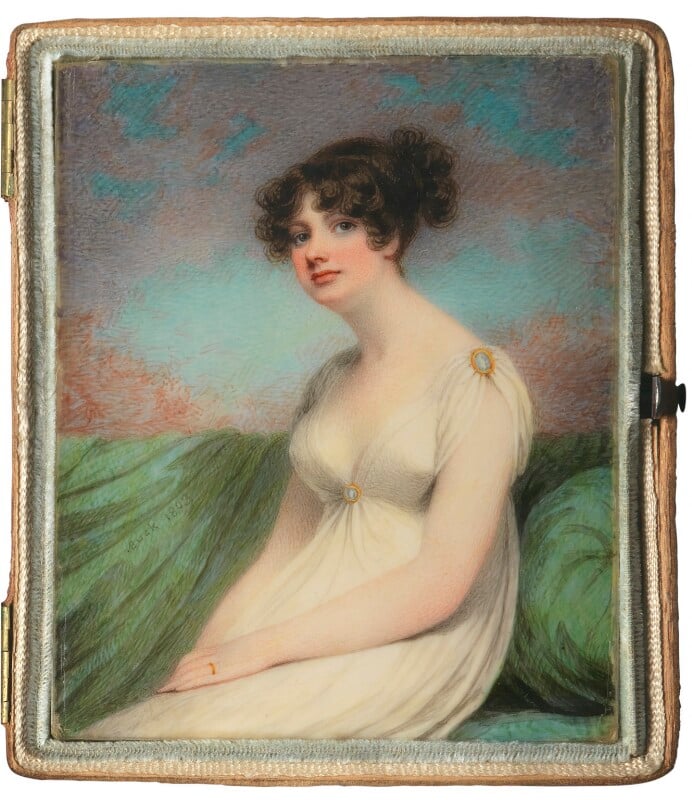 Signed and dated on drapery to left: Buck 1803.

Miss Charlotte Disbrowe originally owned two miniatures of Mrs Clarke, both in the same white dress and brooches, but the other reclining in profile to left, also signed and dated: Buck 1803; this was offered by Colonel Disbrowe-Wise in 1927 but not in 1935. Another miniature by Adam Buck, circular in profile to right with a shorter hair-style but undated, was offered by E. Peter Jones (of Greenbank, Chester) in 1949. NPG 2793 appears as plate 29 (91) in Daphne Foskett, Dictionary of British Miniature Painters, 1972.

Miss Charlotte Disbrowe and inherited by her nephew, Colonel H. E. D. Disbrowe-Wise, who offered it in 1927 and sold it to the NPG 1935.