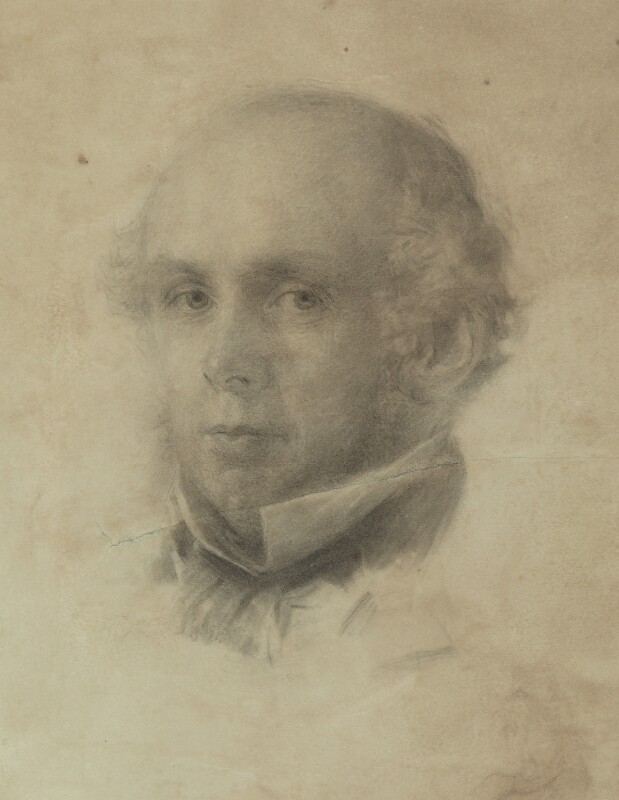 Rowse was an American artist whom Clough particularly admired. In a letter to Professor Norton of 3 March 1860, Clough wrote (Poems and Prose Remains, I, 243):

'Stillman has commenced operations on my face, and returns to the charge on Monday ... When is Rowse coming over? Will you give him a letter to me? I continue to think his picture of Emerson the best portrait of anyone I know.'
On 1 May Clough wrote to Norton again (Clough Correspondence, II, 576):

'As soon as Rowse comes, Stillman gives up his present quarters to him and will come, I believe, into our nearer neighbourhood.'
By 13 July 1860, Rowse had not only arrived, but nearly finished his portrait of Clough (Clough Correspondence, II, 577):

'Rowse has done me - (a present from Miss Nightingale to my wife -) very nearly. You will I hope have a photograph, and I hope he won't spoil it before he finishes - He ought to be here at this moment but has not done his sleep yet I suppose.'
The portrait was completed by 20 July, when Clough wrote to Norton again (Poems and Prose Remains, I, 244-5):

'Rowse went off yesterday for Southampton. His picture of Owen is very good, that of me is less successful. He was interrupted in the midst of it, was delayed by sore eyes, and then had to go to Owen; but still it is a very good likeness.'
Rowse had apparently only come over to England on a short summer visit, doing several portraits besides that of Clough. In a letter of 11 October 1860, Clough wrote to Norton (Clough Correspondence, II, 578):

'I am glad to hear [of] Rowse's restoration to life and happiness in his native land - I hope however he will someday come over to see us again. The photographs of his picture of me were not done when he came away - I will send you one as soon as opportunity offers.'
Clough distributed photographs of the Rowse drawing to many of his friends. He wrote to Emerson on 4 July 1861 (Clough Correspondence, II, 586):

'I send by Miss Hoare four photographs from the drawing which Rowse made of me. Will you keep one and give the others as opportunity offers to Lowell, Norton and Child - I would send one to Rowse, but I am afraid he would think it a failure ... The likeness itself is to me satisfactory though perhaps not one of Rowse's very best.'
The drawing was engraved by C. H. Jeens for the Poems and Prose Remains. A copy by Samuel Laurence is at Oriel College, Oxford, listed by Mrs R. L. Poole, Catalogue of Oxford Portraits, II (1925), 97, and another was executed by Harriet Martineau.