1 of 2 portraits by William Dyce 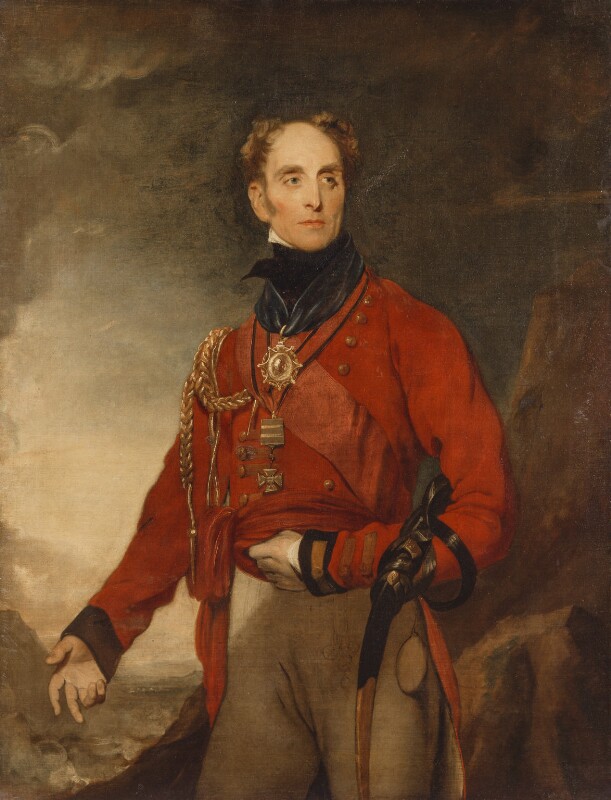 The portrait was probably painted in Edinburgh where Dyce was working mainly on portraiture 1830-7. Dyce's son, through his agent Joseph Carter, told the NPG he had several family portraits 'known to have been the early work of his father but commonly attributed to Sir Thomas Lawrence' (letters in NPG archive). A whole-length version, possibly the original, was in Government House, Cape of Good Hope, where Cole was Governor and Dyce's brother on his staff. A considerably later portrait of him by Dyce, oval head and shoulders in civilian clothes, Ribbon and Star of GCB and Jewel of Tower and Sword, was at Sotheby's 7 October 1981 (172).

The artist and his son, James Stirling Dyce who sold it to the NPG 1893.

(of a whole-length version in the Cape of Good Hope)
Mezzotint by W. J. Ward (example in British Museum).