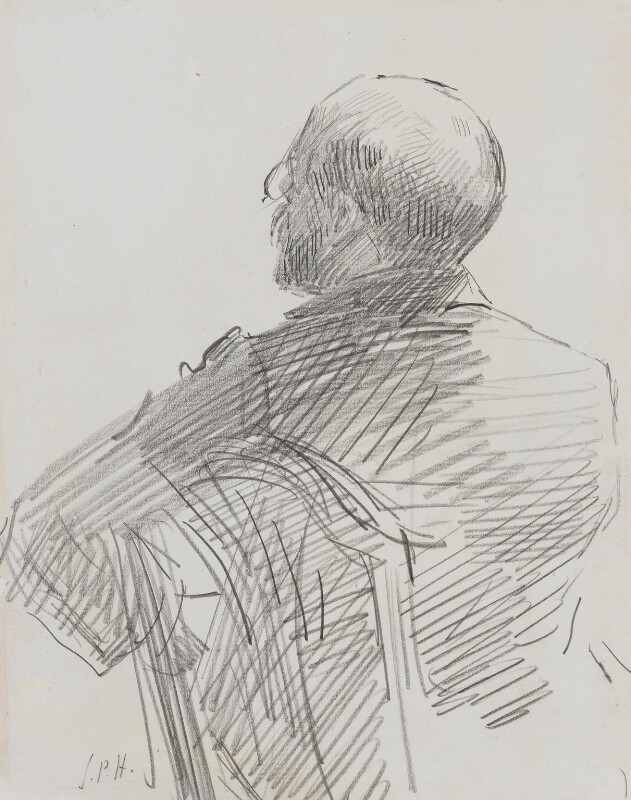 Sketched after the inaugural supper on 30 January 1895, this is one of the studies for NPG 4404 showing members of the St John’s Wood Arts Club, where Collier appears in the foreground as one of seven spectators. [1] From 1891, he lived in Eton Avenue, Swiss Cottage, not far from the Club’s meeting-place.

Now laid down, the sheet has tears along the left-hand edge, and has suffered discolouration from an old frame or mount, presumably while hanging in the St John’s Wood Arts Club. It was previously framed together with studies of Arthur Hacker (NPG 4389) and Lawrence Alma-Tadema (NPG 4388) by Hall.

St John’s Wood Arts Club, from whom purchased 1964 with others.