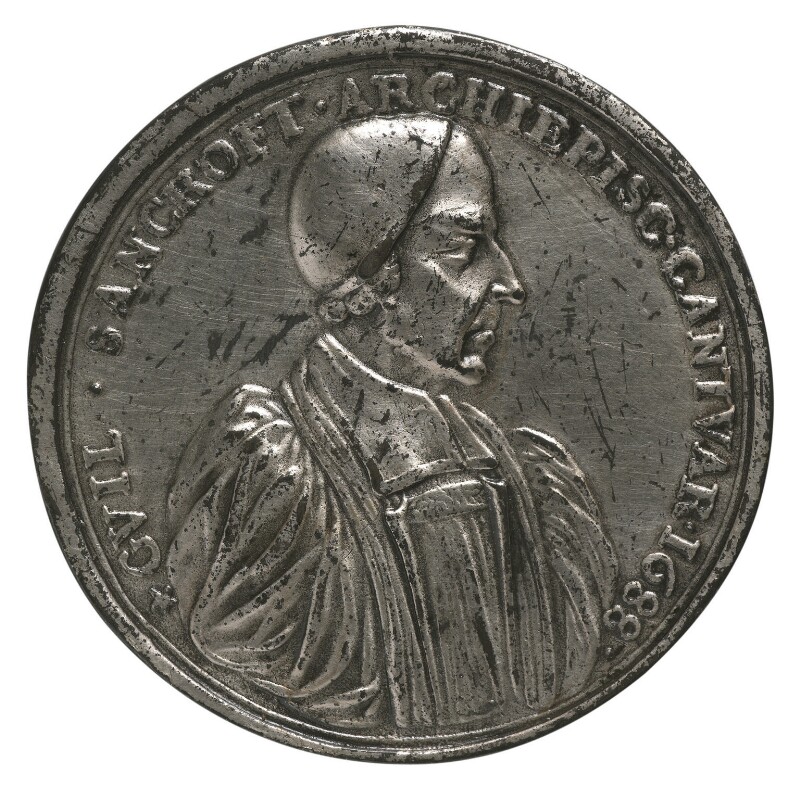 See NPG 79. NPG 152a appears the best of the four similar medals listed in Medallic Illustrations. [1]
Bishop Compton is added to the Seven Bishops due to his consistent opposition to James II, which had led to his removal from the Council, from the Deanery of the Chapel Royal and from his Bishopric. He appears on the reverse in the central position.

Medallic Illustrations of The History of Great Britain and Ireland, British Museum, 1907, lxvi/1.