1 of 8 portraits of Charles Edward Conder 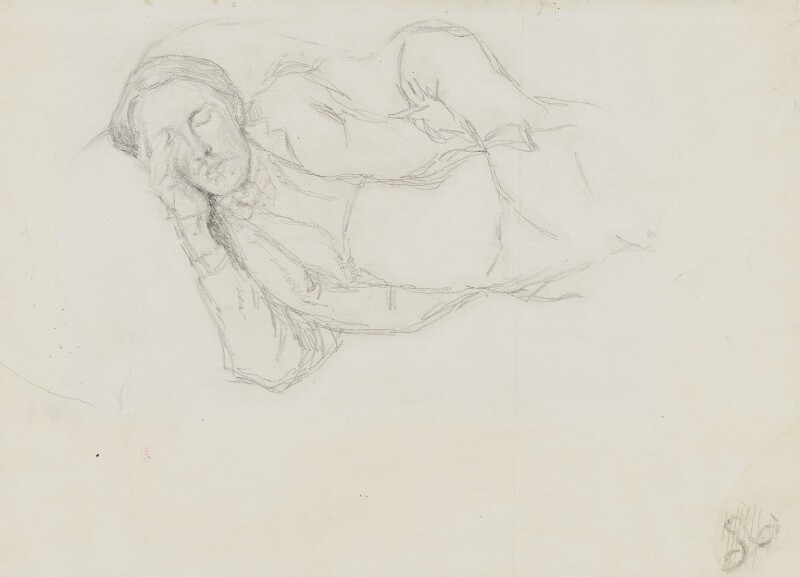 Artist and sitter met as students at the atelier Julian in Paris and became close friends, sharing a studio and exhibiting together, until a quarrel in 1900. During the 1890s, Rothenstein, who recalled Conder in this period as ‘a blond, rather heavily-built man, blue-eyed, bearded with long hair parted in the middle and falling over his eyes’, [1] made numerous drawings of his friend, and painted what is now regarded as the premier portrait of Conder, known as ‘L’Homme qui sort’ (see ‘All known portraits, By other artists, 1892’). Dated to 1896 by the artist’s son, [2] the present study was probably done in the autumn of that year when sitter and artist were both in London and Rothenstein was at work on Liber Juniorum, a series of ‘new generation’ portraits, which when published did not include Conder. [3] Another possible date is summer 1895, when Rothenstein joined Conder in Dieppe.

For other portraits of Conder by Rothenstein see ‘All known portraits, By other artists’. [4]

There is a repaired tear at lower left and a fold mark approximately 70mm in from right hand side.

The artist; John Rothenstein; with Agnews from whom purchased, 1932.