3 of 8 portraits of Charles Edward Conder 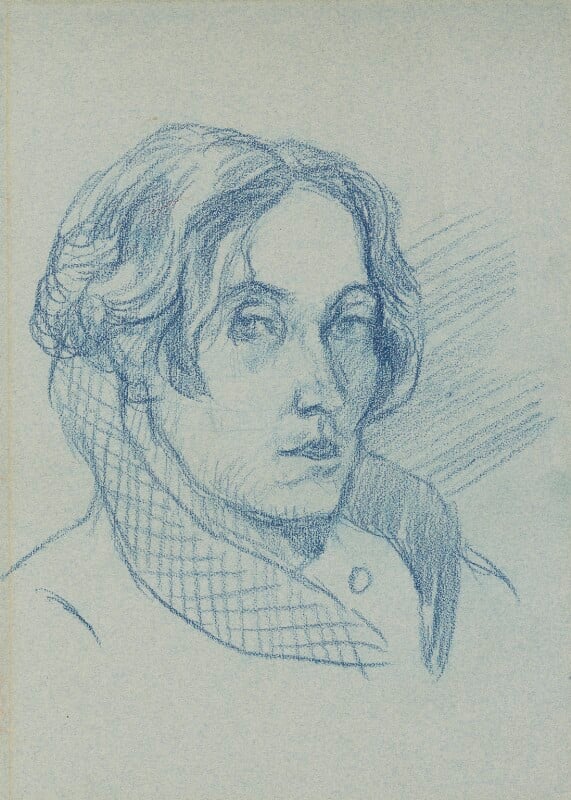 This self-portrait, with its look of having been drawn while seated in front of a mirror, has historically been linked to a fancy-dress party hosted by Conder and his wife on 18 February 1905 at their house, 91 Cheyne Walk, Chelsea. There are differing accounts of Conder’s costume on this occasion.

Fellow-guest Arthur Symons recalled that Conder ‘had invented for himself the costume of a dandy of 1830, that of Balzac’s Eugene de Rastignac [from Le Père Goriot] with white ruffles and a Parisian top-hat’. [1] Following this and owing to Conder’s ‘longstanding identification with Balzacian heroes’, [2] his most recent biographer identifies the drawing as ‘Self-portrait as Eugene de Rastignac’. [3]

Fellow-guest, artist Thea Proctor, recalled that, at the 1905 party, the host was revealed in the street outside dressed as an ‘old Neapolitan organ-grinder with a monkey on his shoulder’. [4]

A third source states that photographer Adolf de Meyer suggested that Conder put on an old smoking jacket, part his hair in the middle and go to the party as Beau Brummell; [5] this title was given to the drawing in 1967. [6]

De Meyer’s description accords with the sitter’s appearance in NPG 4556, but is he in costume, either as dandy or organ-grinder? There are no white ruffles; Brummell did not wear his hair in this fashion; the roll-collar garment resembles an Edwardian smoking jacket or dressing gown, as worn by an invalid. The link with fancy dress may therefore be mistaken. The date is, however, consistent with Conder’s poor health; the features depicted are notably more haggard than those in the self-portrait of 1902 (see ‘All known portraits’) and the moustache he had worn for years is missing. In May 1906 Conder suffered a paralytic attack that heralded the close of his career.

A slighter and not dissimilar pencil drawing was sold as a self-portrait by Christie’s Australia, 6 June 1989 (see ‘All known portraits, Self-portraits, c.1909’).

The likely provenance for the present work is Stella Conder; her sister Mrs Herbert Lawson; her daughter-in-law Mrs Cecil Lawson. It is possible that this is the work lent by Mrs H. Lawson to the Conder exhibition in Sydney in 1927. [7]

Mrs Cecil Lawson; with Maas Gallery from whom purchased, 1967.