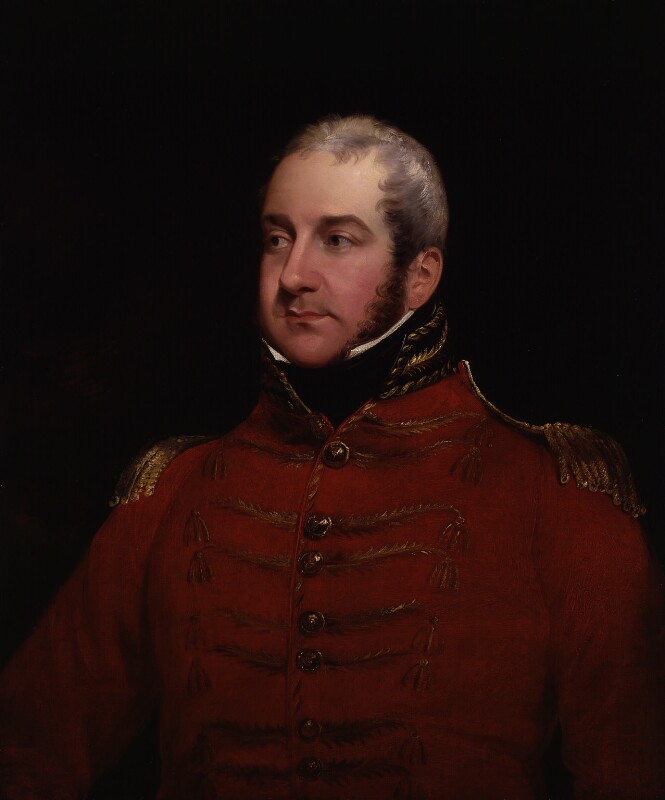 Lonsdale exhibited two portraits of Congreve: (1) RA 1808 (4), probably the whole-length engraved by Clint in mezzotint 1809 'Directing the discharge of the Fire Rockets invented by him into the Town of Copenhagen during the Bombardment ... in 1807', and (2) RA 1812 (781), a drawing of 'Col. Congreve, equerry to H.R.H. the Prince Regent'. The NPG portrait is probably a development of the latter. Congreve invented his fire rocket in 1807 and the 'Congreve Rocket' in 1808. He does not appear in the Army Lists and the uniform he wears seems to be that of an equerry, an appointment he was given in about 1810.

The artist; his son James John Lonsdale and offered by him in 1873 together with portraits of Queen Caroline (NPG 498), Lord Brougham (NPG 361) and Joseph Nollekens (NPG 360). Brougham and Nollekens were accepted, Queen Caroline and Congreve declined, but Queen Caroline was offered again in 1878 and accepted. There is no mention in the Gallery archive of the acquisition of Congreve though it would be reasonable to assume that it was given by J. J. Lonsdale between 1878 and 1887, the date of his death.