6 of 30 portraits matching these criteria: 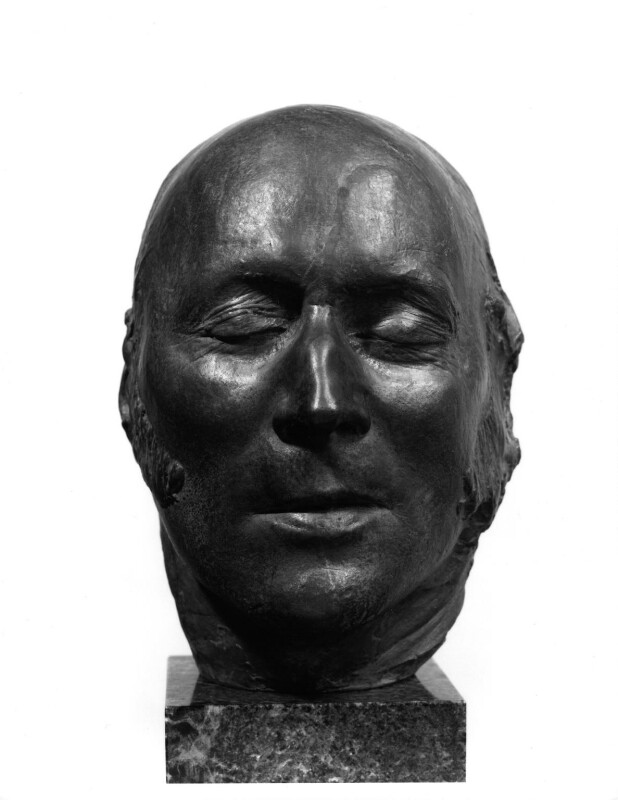 According to Leslie who was present in the house throughout the day of Constable's death, casts were made from his face by his neighbour in Upper Charlotte Street, the sculptor Samuel Joseph, assisted by a Mr Davis, probably Constable's doctor (C. R. Leslie, Autobiographical Recollections, 1860, I, p 158). One of these casts was offered to the NPG in 1937 and again in 1941 by Hugh Constable. Another, lent by the Executors of Lieutenant-Colonel J. H. C. Constable, was in the Tate Exhibition 1976 (336). The Royal Academy version, acquired from Miss Isabel Constable in the 1880s, was used to provide two bronze casts in 1958; one remains in the RA library, the other was given to the NPG. According to Mr Humphrey Brooke, the RA Secretary at the time, 'it is a very beautiful bronze and there is no doubt as to its authenticity as is evidenced by the rather macabre fact that a few of Constable's hairs were actually preserved in the plaster' (letter of 23 May 1958 in NPG archive). Unfortunately the left ear of the RA version had been broken.
Atkinson the phrenologist discussed the cast at a meeting of the Phrenological Society on 1 November 1843: 'His small organ of Form never induced him to make out a careful outline or cartoon, but he scumbled about with his brush and the exact forms were made out last … The organs of Self-esteem and Love of Approbation were remarkably large' (W. T. Whitley, Art in England 1821-1837, 1930, p 331).

Given in 1958 by the President and Council of the Royal Academy.