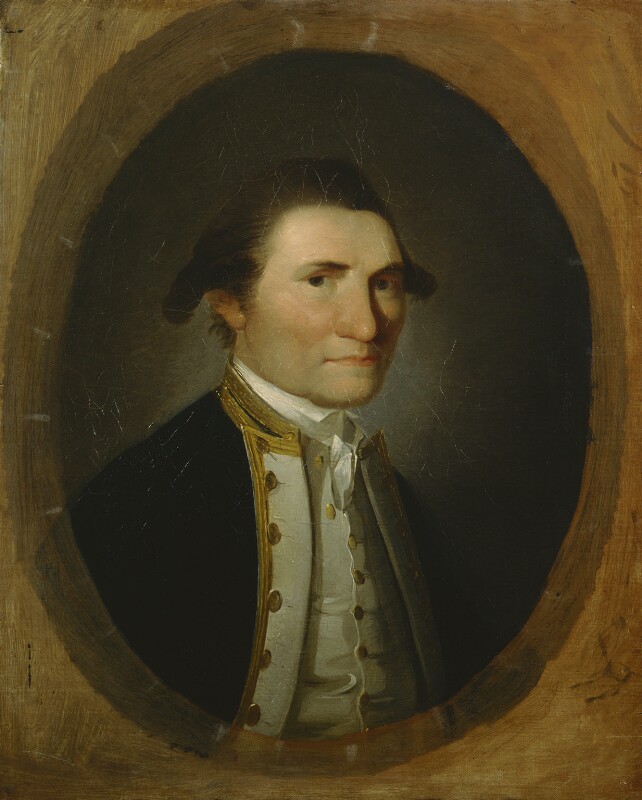 Webber, primarily a view painter, accompanied Cook to the North Pacific in 1776-79. According to the inscription on Bartolozzi’s plate, this portrait was ‘Painted at the Cape of Good Hope, by J. Webber’, indicating a date between mid-October and November 1776.
Lot 88 in the Webber sale, Christie's, 2nd day, 15 June 1793, 'Captain Cook's Portrait and a small ditto', bought by 'Segr.' (probably the dealer William Seguier, d. 1844), probably comprised NPG 26 and Webber's larger portrait of 1782. An early, reduced, copy sold Christie’s, 8 April 1998, lot 114, and a copy was made in 1985 for the Cook museum at Whitby.