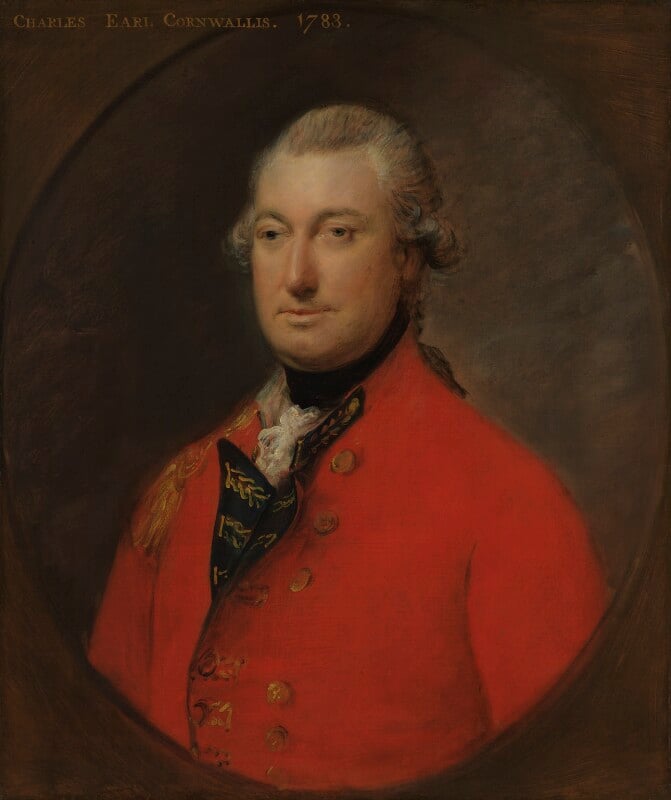 Cornwallis had returned from his American campaigns in January 1782. Early in 1783 he and Lord Rawdon, a fellow officer from the American war, were sitting to Gainsborough for their portraits, for presentation to each other. Cornwallis’s picture was hung in the Royal Academy exhibition that year and was considered a good likeness. [1] According to the provenance, NPG 281 was this portrait; the version in the Royal Collection, painted for the Prince of Wales, was presumably painted soon after [2] and differs only in the set of the shoulders which are inclined to the right.