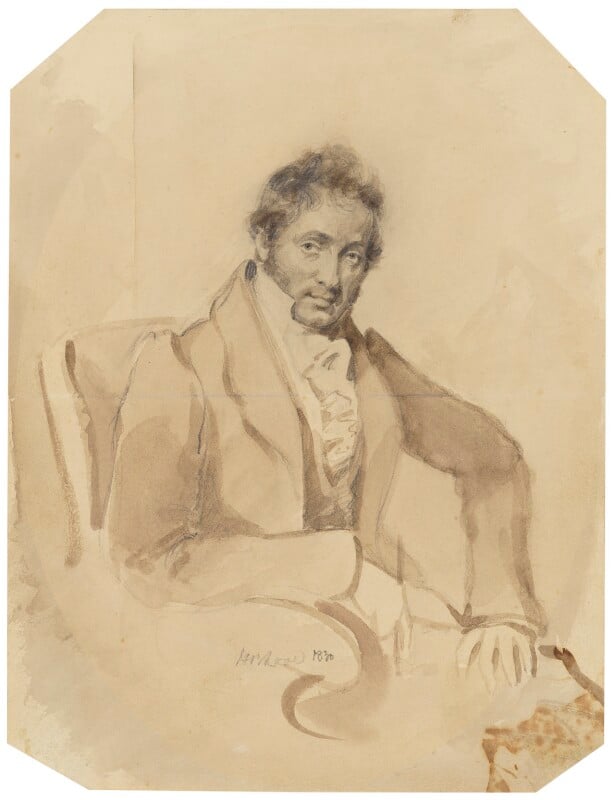 A related portrait, rather more meticulously finished, is in the British Museum, exhibited 'Portrait Drawings', British Museum, 1974 (191), also signed and dated 1830, drawn in watercolour and pencil and originally framed as an oval; he holds a copy of The Architectural Antiquities of Normandy, 1822. NPG 1372 is probably a preliminary study though slightly differently posed and more melancholy of expression. In a letter to the NPG Kitson compared the two: '… I think the British Museum one is probably what Cotman wanted the world to think he looked like: i.e. defiant and truculent, whereas yours is despairing and disillusioned. We know he suffered alternately from fits of acute depression followed by periods of unreasonable exaltation' (18 December 1932 in NPG archive).

The head carefully drawn, the rest lightly sketched in pencil and wash.

Love's daughter who married Pugh an engraver; bought from him by the father of Miss Mary James who sold it to the NPG in 1904.