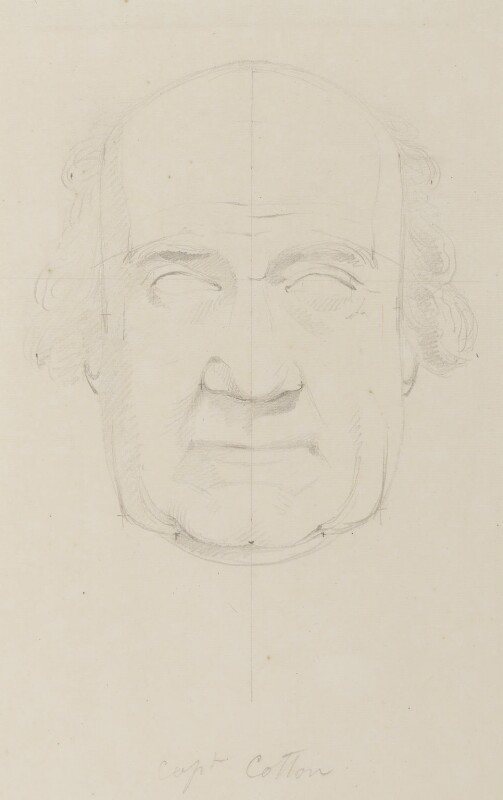 Marked with guide lines and crosses, and inscribed: Capt Cotton.