53 of 3330 portraits matching these criteria: 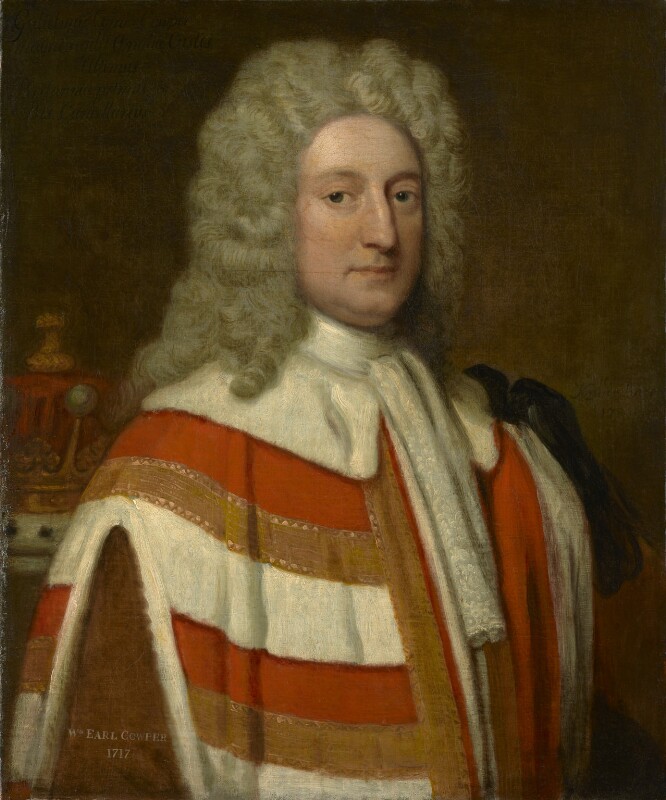 Cowper wears an earl’s coronation robes and NPG 1228 is the only known portrait of him after his elevation in 1718. The face mask greatly resembles that of Kneller’s earlier 1710 portrait; Stewart described NPG 1228 as ‘a superb example of Kneller’s latest style’. [1]
A 20th-century copy by A. E. Dyer is recorded in Hertford Assembly Hall.

Bequeathed to the 6th Earl Cowper by Henry Cowper, a distant cousin, or by Tewin Water, his guardian;1 presented by Francis, 7th Earl Cowper,2 1899.