14 of 224 portraits of Oliver Cromwell 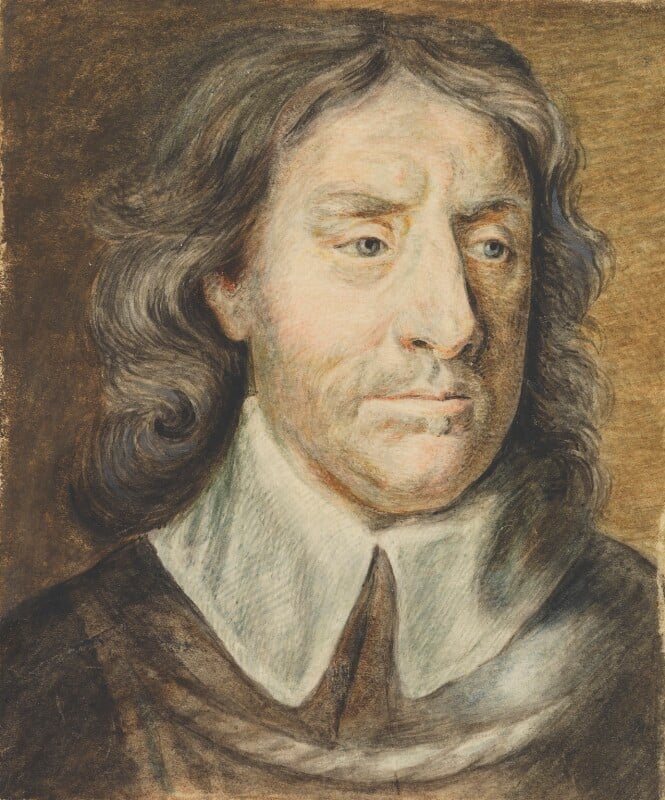 A wooden backboard formerly with NPG 2426 (now separately conserved), is inscribed in an 18th-century hand: ... from an original Painting of Cooper in the Possession of Sidney Sussex College by R: Hutchinson scholar of the same Coll: April 1773.

An 18th-century label, formerly verso, reads done from an Original Crayon Picture in the Possession of Sidney Sussex Coll: Cambridge by Rot Hutchinson of the same Coll: Ao 1773. The Sidney Sussex drawing, presented by Hollis in 1766, [1] formerly attributed to Cooper, appears to be taken from the Buccleuch miniature (see under NPG 3065).

1) According to another MS note by Turton, verso. For the Sidney Sussex drawing see J. W. Goodison, Catalogue of the Portraits in Christ’s, Clare and Sidney Sussex Colleges, 1985, pp 75-76, no.155, as probably after Lely; Goodison listed another inferior copy at Browsholme Hall, Lancs..

1 A MS label, signed T. Ely (1863), formerly verso (now separately conserved), reads: Mr Robert Hutchinson resided in the County of Durham, with considerable reputation as an artist – an Amateur Artist, I believe – Time having somewhat injured Cooper’s portrait, This admirable copy, “done from the Original” ninety years ago, cannot but be thought of great importance.