60 of 3330 portraits matching these criteria: 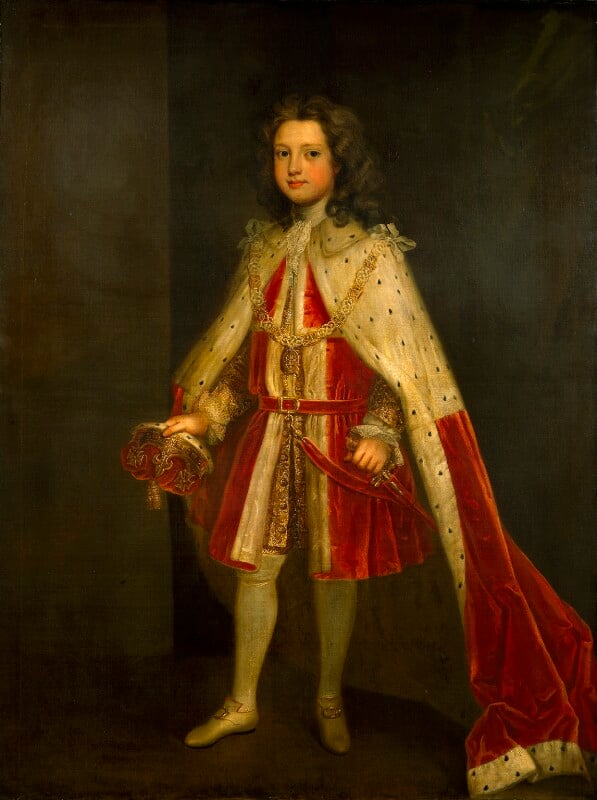 Jervas, according to Vertue, 1728, was 'imployd. by the Queen to paint the Picture of Prince William' which proved 'sucesfull'. [1] His own engraving of the type is undated but appears under that year in his manuscript list of engravings, collection W. S. Lewis, Farmington, Connecticut. A double portrait of mother and son, the latter of the same type, has been in the Royal Collection since at least 1816 (Sir Oliver Millar, The Tudor Stuart and Early Georgian Pictures in the collection of Her Majesty The Queen, 1963, 500). A single version is at Burghley and another was formerly at Woburn, Christie's, 19 January 1951, lot 135. NPG 802 is of fair quality and could be the first version of the type. It was the success of this portrait, according to Vertue, that led to Jervas receiving further royal commissions. The original has not been identified.

Dark blue eyes, mid-brown hair, or wig, falling to shoulders, plump youthful face; red robes of state and collar of the Bath; [1] in an interior with dark green drapery looped up over a recess, right.

1) In 1725, on the revival of the order, the Prince, then aged four, was elected a Companion and duly installed.

Paint rather thin in the right shoulder; lined 1895.

Engraved by Vertue, in reverse, 1728, head and shoulders only.