1 of 166 portraits by Michael Dahl 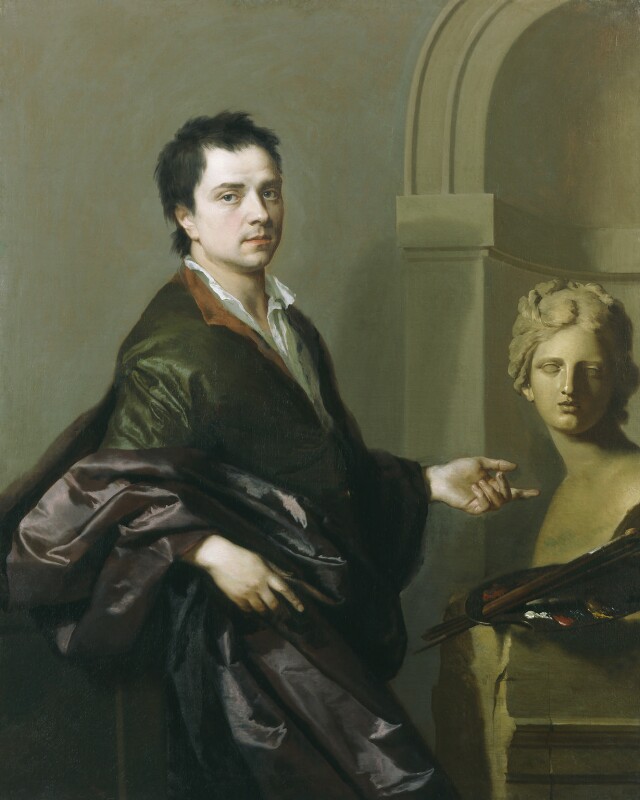 The bust is a copy from the Venus de Medici (Uffizi; shown in the Tribuna from 1688) of which Louis XIV had owned five copies in both marble and bronze; one of the most admired classical statues, it was regarded by Evelyn as a ‘miracle of art’. [1]
Although sold in 1952 as ‘An Artist’, there can be little doubt concerning the sitter’s identity. Signed and dated, the pose is that of a self portrait and comparison with Dahl’s self portrait at Gripsholm of c.1700 is reassuring.
NPG 3822 was painted soon after Dahl had settled in England, the head of the Venus de Medici declaring a degree of sophistication. Millar, remarking on the rich personal colours and striking French quality, described it as Dahl’s masterpiece. [2]