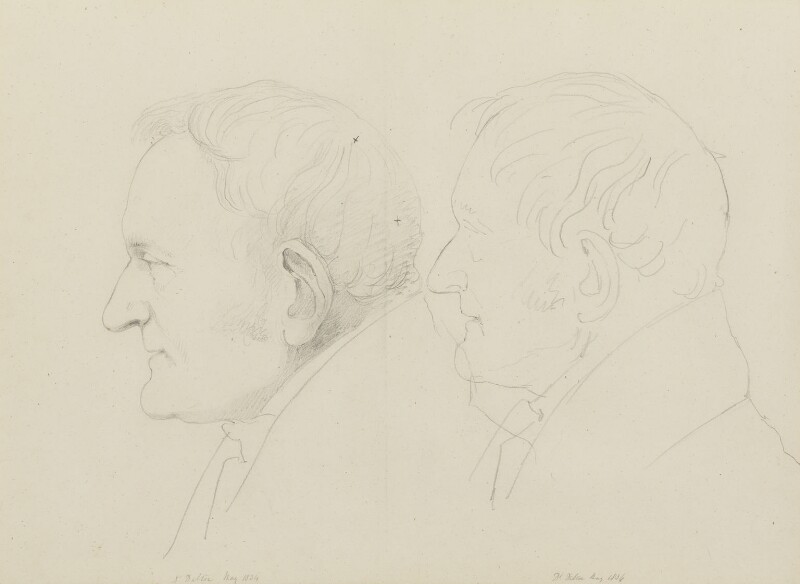 Both heads in profile to left, the right hand sketchier.