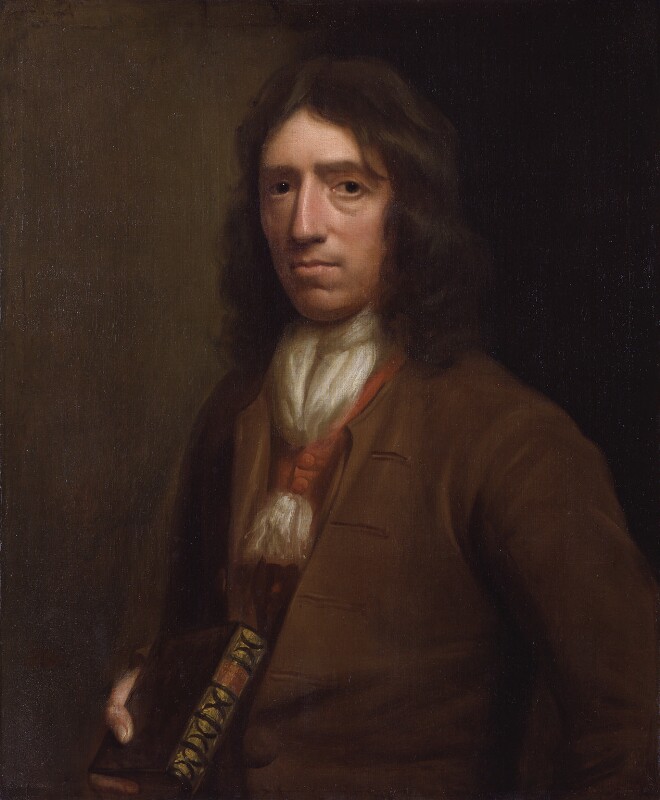 Inscribed DAMPIE./VOYAG … /I; signed to right of head: T M.

The only known portrait of Dampier, whose identity is secured by the provenance; Sloane knew Dampier, from whom he received shells and some original MSS. [1]
Dampier was in England 1697-98 and the book he holds may be identified as the first volume of his New Voyage Round the World of 1697 (the Supplement appeared in 1699 when he was abroad), the number ‘I’ on the spine anticipating rather than postdating the Voyages and Descriptions. Vol. II, published in 1699.
A copy by Edmund Dyer is in the National Library of Australia, Canberra (ABN83-059193). [2] Two modern copies belonged to Mrs E. O. Cockburn, Dorchester, in 1967; one(?) sold Henry Y. Duke, Dorchester, 19-20 July 1984, lot 72.

Ellis 1843
Sir Henry Ellis, List of Portraits suspended on the Walls of the Eastern Zoological Gallery, British Museum, no.89.