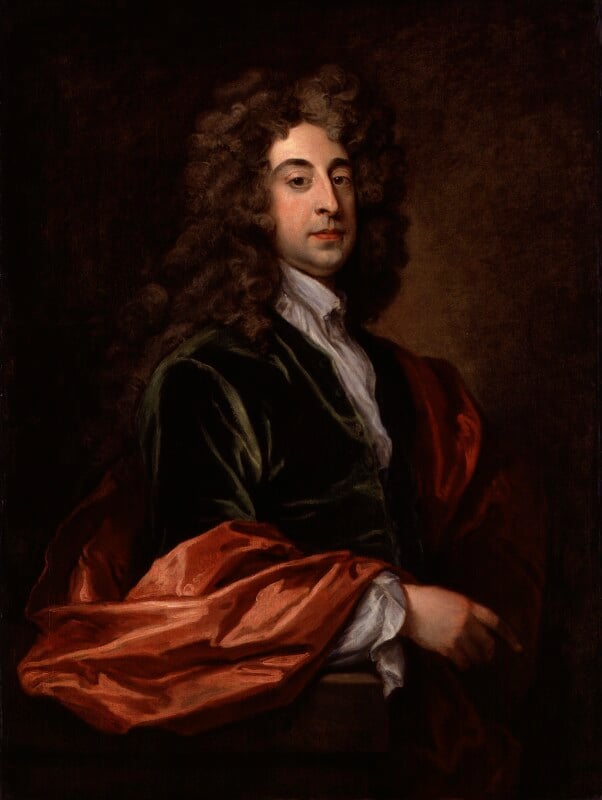 Signed, below his hand: GKneller fecit 1702 (GK in monogram).

A signed and dated Kneller of a member of the Kit-Cat Club, but not of kit-cat size (91 x 71 cm). It appears nevertheless to have been the portrait engraved by Faber for his Kit-Cat set published in 1735, although slightly reduced round each edge. See NPG 3201.

1 See the ‘Pedigree of the Family of Scroggs’ appended to J. R. Dunlop, The Family of Scroggs, 1929.
2 This provenance is given in a series of letters from Miss W. G. Scarth 1945-46 (NPG archive); her father (Leveson Scarth) had received the picture from an ‘uncle, who was a lawyer, who received it from one of his clients in payment of a debt’. She also said that ‘an inscription stating it was bequeathed by my Father was attached to the picture by the Ranelagh Committee …’
3 The Ranelagh Club probably closed before the War when Free French Forces were said to have occupied the premises; it was burnt down in the 1950s.